In 1801, Salomon van Benthem opened a bookshop and publishing house in Middelburg. A perilous affair on Walcheren in the French period, but Salomon van Benthem turns out to be a commercial talent. Soon after opening his bookstore, he has the largest and best-stocked bookstore in Middelburg. His clientele included the social elite of lawyers, doctors and ministers, as well as members of local and departmental administrations and courts. From 1807 he was also the permanent publisher of the Zeeland society of sciences. 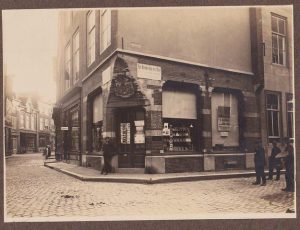 Salomon had a sister, Elisabeth, who also stayed single for many years. At the age of forty-five she married Reverend Lambertus Jutting, a widower with four children, in 1821. Brother and sister van Benthem took an interest in the only son of Reverend Jutting, Christiaan (1809-1878). This then thirteen-year-old Christiaan was sent to the Latin school with the support of “uncle” Salomon. He was then allowed to start as a clerk in his “uncle’s” bookstore. The young Christaan Jutting was later designated by that “uncle” as his only heir, as “uncle” had no children of his own. From then on, the bookshop is called Van Benthem & Jutting. All this eventually resulted in a name change, whereby the young Christiaan was allowed to call himself van Benthem Jutting from 17 October 1829 by Royal Decree by Willem I. A new dynasty is born.

This first van Benthem Jutting had ten children. The eldest son Lambertus Salomon (1839-1901) took over the bookshop. The seventh son, Wouter Christiaan (1851-1933) was the father of Tera. Tera is thus the third generation of Benthem Jutting.

Barbara van Benthem Jutting, author of this site, is a great-granddaughter of Lambertus Salomon mentioned above. Barbara is thus the fifth generation van Benthem Jutting. As a child she once stayed in Domburg with her “aunt” Tera. So Tera is actually a very distant cousin. But in a small family like van Benthem Jutting’s family, everyone knows each other. With some regularity, so-called Jutten reunions were held in Barbara’s youth, where all family members came together, including aunt Tera an uncle Pico. 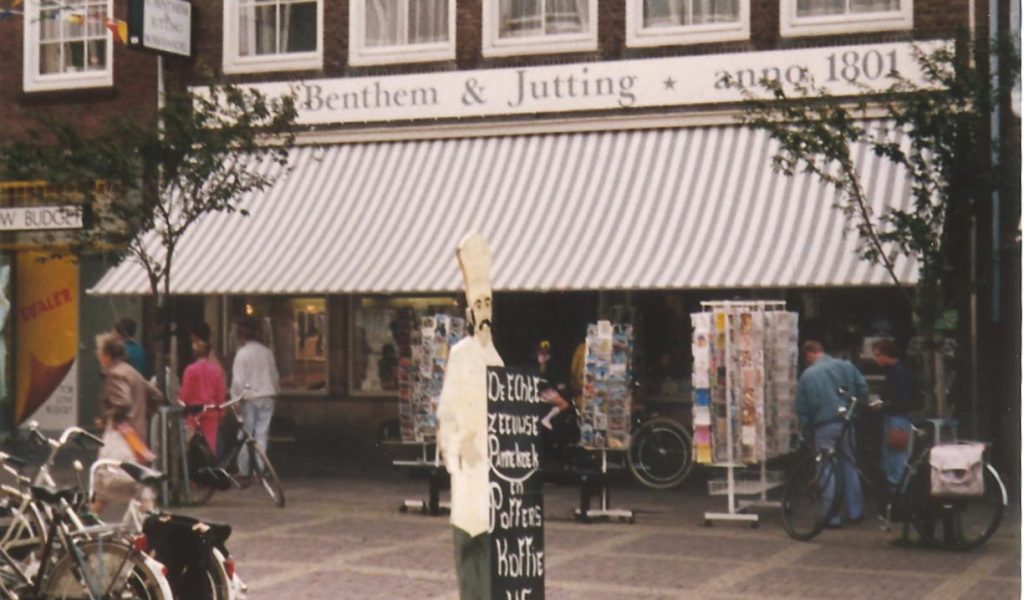