After a number of miscarriages, Wouter and Noes at last do get another child,  a daughter Tera or Teertje (little Tera) on February 6, 1899. Her full name is Woutera Sophia Suzanne, after her father and mother and after her father’s first wife, who has not been forgotten.

Because Noes suffers from Indian thrush, an intestinal condition in which diarrhea and anemia regularly occur, the family remigrated to the Netherlands in 1900. Wouter applies for leave, initially for two years. The leave was extended once, after which he requested in 1903 an honorable discharge, or retirement. It is hoped that the Dutch food and the Dutch climate will be more tolerable for Noes. The family settles in Nijmegen, on the chic Oranjesingel. There, Tera goes to primary school, where she meets her friend Corrie Prince, with whom she remains friends for the rest of her life.

Compulsory education was not introduced until 1900. The liberal Pierson wanted to introduce general compulsory education to protect children from child labour. There was a lot of resistance, especially from the Anti-Revolutionary party. They believed that by imposing compulsory education, that is, by regulating school attendance, the state was guilty of an offense against the rights and duties of parents. The law only won a narrow majority of one vote. Partly because Jr. Schimmelpenninck, a known adversary on his way to the chamber, had fallen from his horse. 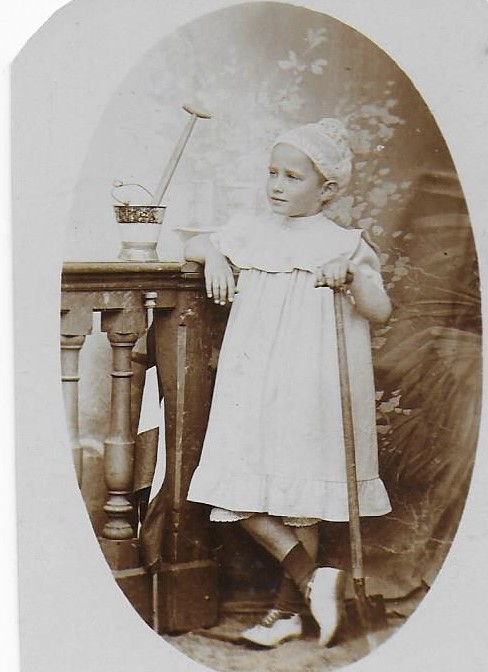 Things are going well in the van Benthem Jutting household. Father Wouter spends his time on paid or unpaid honorary jobs. He is chairman of the committee for the supervision of secondary education, chairman of the supervisory committee on the municipal budget, but also chairman of the Free Liberals, probably a predecessor of the VVD (the current liberal party in the Netherlands).

Tera adores her big brother Marius (11 years her senior), whom she calls Piep, or Pim and he calls his sister Tie. He writes her funny notes in which he teases her, but also asks concerned about her health. In 1907 her parents celebrated their 25th wedding anniversary. She writes a collection of poems in celebration, probably with the help of her brother, because for a child of barely 8 it is certainly a precocious piece.

In Batavia Marius already had taken an entrance exam for the Latin school and back in the Netherlands he goes to the municipal Latin School in Nijmegen. In the summer of 1903 and in the summer of 1905, Marius goes to Switzerland for his health, but also to improve his language skills. He then stays for a month in the house of a young pastor, who brings together young people from different European countries. Marius plays the piano and violin. He likes chess and photography. In 1907 he takes his final exams and goes to study medicine in Leiden. 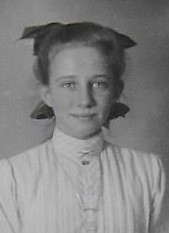 In 1911 the family moves to Haarlem to let Noes benefit from the sea air. They move into a house at the Wilhelmina Park. There, Tera will spend the rest of her childhood. Tera goes to the girls’ secondary school (MMS) in Haarlem. The first MMS (Middelbare Meisjes School) was founded in Haarlem in 1867.

In terms of level, the MMS is comparable to the HBS (Hogere Burger School, the highest level of secondary education the Netherlands), but did not grant admission to the university. In 1905 there are only fourteen MMS schools, in 1920 there are eighteen. While in 1900 only twenty-three hundred girls attended higher secondary education in 1910 there were already forty-nine hundred. A doubling in ten years. To this are added the girls who attended private French schools. The curriculum of the MMS was similar to that of the HBS, but was supplemented with so-called “girl subjects” such as needlework, hygiene and art history. At school she learns to read, speak and write the modern languages ​​English, French and German excellently. She will be able to correspond and converse in all these languages ​​for the rest of her life. Drawing is also extensively taught, which will serve her very well in her later work as a biologist. In secondary school she also makes friends for life, such as Nel Appeldoorn.

The sea air does not help and in 1915 mother dies, only fifty-one years old. Tera is left alone with her father and a housekeeper. Tera is 16. Father is now, certainly for that time, an old man of sixty-four.

In Haarlem Marius makes renewed acquaintance with “the girls Hoog”, but more about that later.