In the previous blog we read how Pico and Tera settled at the Wael in Domburg. 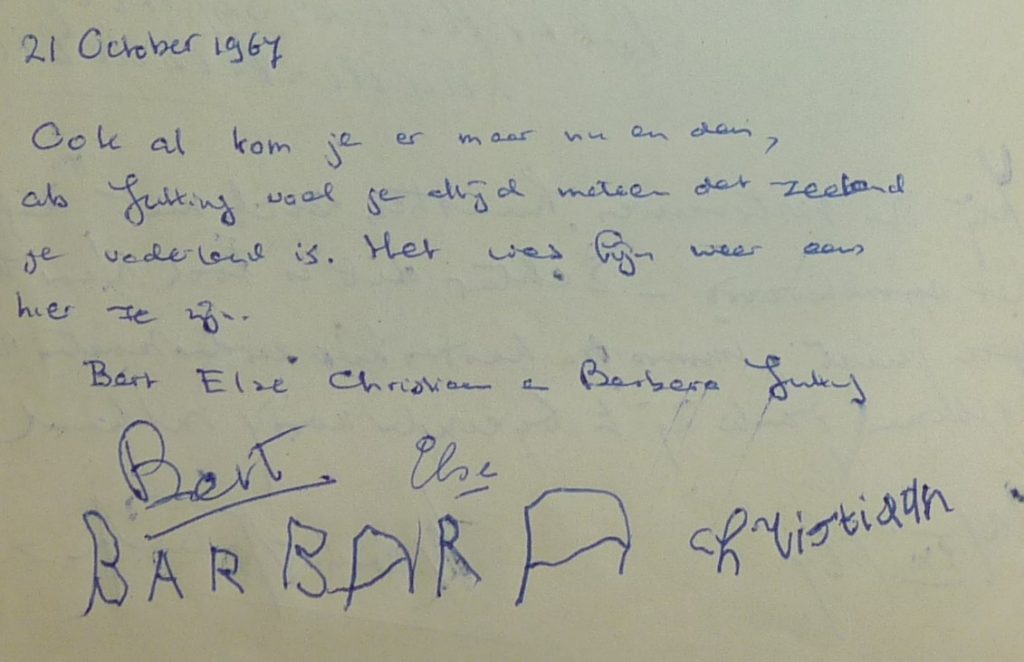 Under the table I remember mammoth jaws or something like that. Big and imposing, for the four-year-old girl I was then.

Walking with Tera to the bakery to get Zeeland boluses. They stick on all sides and are soft and sweet. The baker’s wife was still in traditional costume. Here I am on the beach in Domburg as a four year old. 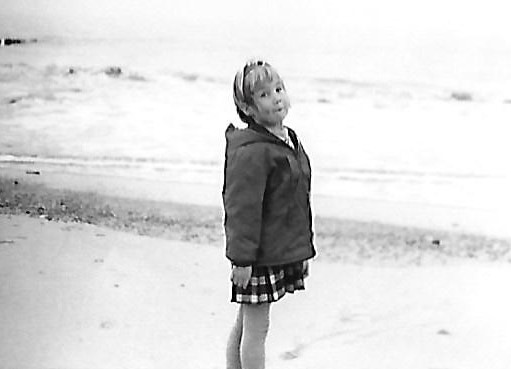 In 1973 I visited them again at the age of 10. We had spent our summer vacation as a family in Burg Haamstede and my parents had to go back to work, so I stayed  with Aunt Tera and Uncle Pico for a few days. Creaking steps on the old stairs, soft buns for breakfast and a beautiful garden to play in. There was a real tea house in the garden. That house could rotate with the sun and I made tea for Aunt Tera with my dolls tea set. Probably her tea set, I must have left mine at home. Later I learned that the teahouse was a gift in honor of Pico’s parents’ 25th wedding anniversary. Going to the beach with aunt to look for shells. She knew everyone in the village and chatted with everyone. In the evening we eat at a set table, tablecloth, silver cutlery, all the trimmings, very imposing for a ten year old.

On April 21, 1979 there is a meeting at the Wael. Pico is 87, Tera is 80. I am 16 and broke my ankle. So I walk with difficulty with a cast. There are several members of the Juttingen family. The old Ada van Benthem Jutting, born in 1901 and married to Jaap, a cousin of Tera. Jaap is long dead by then. My father with his sister and cousin Jan, who together as students in the 1950s were summoned weekly at aunt Tera’s for a healthy meal. 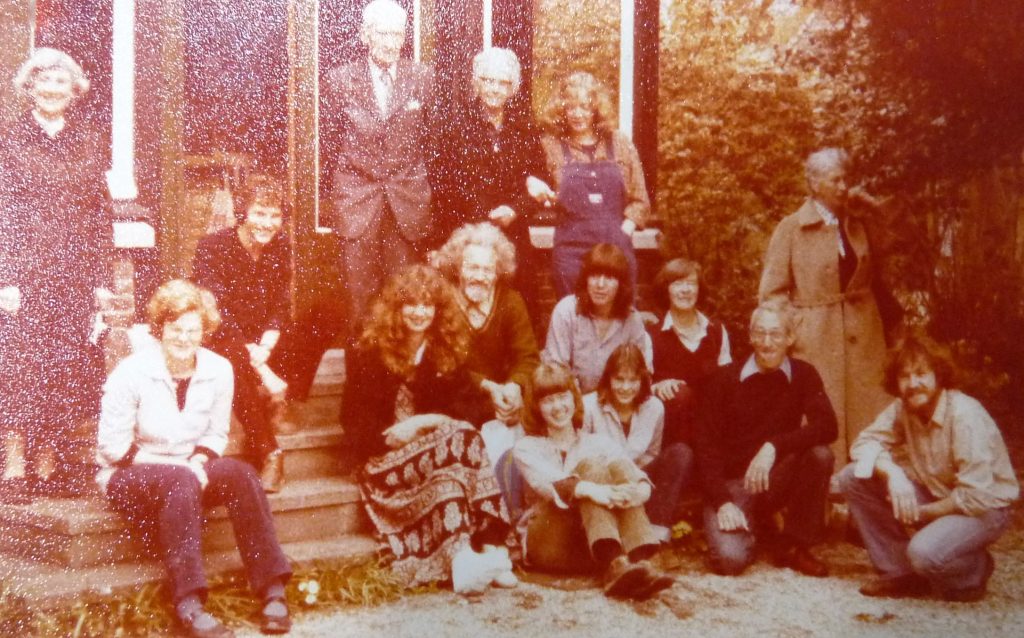 Only one strongly discolored photograph of that meeting has survived. We sit and stand on the stairs of the conservatory van de Wael. Cousin Mien on the far left of the photo. Pico and Tera old and frail in the background. The old Ada standing on the far right. I myself am that girl in the foreground with the long hair and the plastered leg.

There is a walk through the immense garden. Because of my cast I walk as slow as old uncle Pico and so I go arm in arm with him. He talks endlessly about Domburg, Nehalennia, his orchids and his rose garden. Of course I’m not asking the right questions. The questions to which the answers, now more than 40 years later, would come in handy. But that’s what happens when you’re 16. What I can especially remember is their kindness, their interest in everything and everyone. What we were doing as young people. The table with shells was still there and a lot of books in that immense house.

I think I saw them for the last time in 1981, still just as interested in everything and everyone. It was a meeting with a lot of Juttingen, in my father’s house in Eindhoven. I have no idea how they got there, they didn’t drive a car. 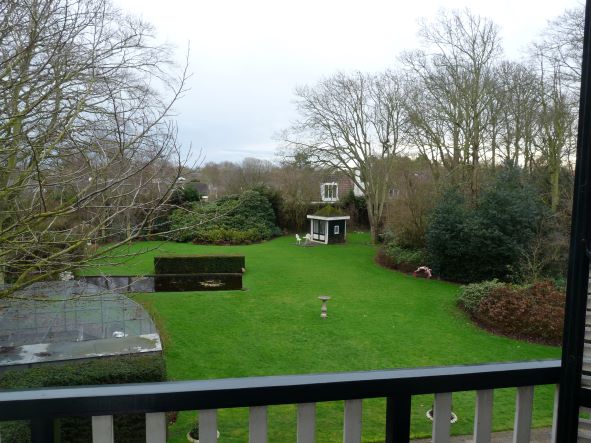 When I started this project in 2018, I looked up villa de Wael in Domburg on Google. It turned out to be a chic and very good Bed and Breakfast nowadays. My husband and I spent a few days there together, to visit the Zeeuws Archief and other relevant places from there. We repeated that in 2019.

In Tera’s study and library, which was housed in the conservatory, they situated the breakfast room. The tea house has been renovated. Here’s another photo from the balcony to the garden. In the background the land where the rose garden was located. That land has been sold and there is now a whole residential area there, so that’s how big it was.

More adventures on the Wael in the next blog.