In the previous blog I told you about my own childhood memories, including the large garden and the tea house.

The garden, or “missuses little garden”, as Labruyere, the gardener called it, is Tera’s delight  on De Wael. In Amsterdam she had always lived in an apartment and had to make do with a balcony, but in Domburg there is a very large garden. From the dining room at the rear you look out over a lawn with flower beds. At the edge of the lawn is the famous revolving tea house. At the end of the lawn is a huge rhododendron with hundreds of flowers in spring. There is a rose garden and behind it a vegetable garden and the greenhouses. That was the domain of the gardener. Tera likes to get up very early, around six o’clock, and then start working in the garden. There are wild hyacinths, so-called Blue Bells, but also daffodils and tulips in the spring. In the summer it is a wealth of flowers.

Domburg is in a remote corner of the Netherlands. This means that almost everyone who comes by, with the exception of friends from Zeeland, stays overnight when they visit. That is easy, in a house with sixteen rooms. Tera ensures that there are fresh flowers in the guest rooms, her food is praised, but the conversations about science are also appreciated. In the guest book are friends from long ago such as Corrie Prince and Nel Appeldoorn, whom she knows since her schooldays. Furthermore, of course, the family keeps in touch. Sister-in-law Ans and her now adult children niece Mien and nephews ​​Chris and Wouter regularly come to De Wael. Wouter and his wife Margreet emigrated to Canada in the early fifties, but when they return to the Netherlands they like to stay at De Wael: finally a place where I don’t feel like a stranger in my own country. (1969). The further cousins van Benthem Jutting, and cousins ​​van der Feen also keep coming, with their children. After the death of her cousin Jaap in 1966, Tera is the eldest of the van Benthem Jutting clan and also behaves a bit like the Mater Familias.

In addition to these friends, former colleagues are still welcomed, such as Hendrik Engel and his wife, when he writes: 27 September to 1 October 1973: We fully enjoyed the house and garden again, the museum in Middelburg (with Dumon Tak), the little train station in Ierseke,  the fresh dune walk, also the animated conversations and the many picture books. Despite the “saltless” handicap, the meals were again excellent and very animated”.

Some become poetic: Depressions did not leave us alone, they came from the Irish and Scottish coast, but when the sun got the upper hand again, it was wonderful to relax in the woods and on the beach.. The special thing about the old house, offered cosiness, gave a home, For the wonderful days in this atmosphere, I thank Tera and Pico, hostess and host! (21-26 May 1966, Willem van P). 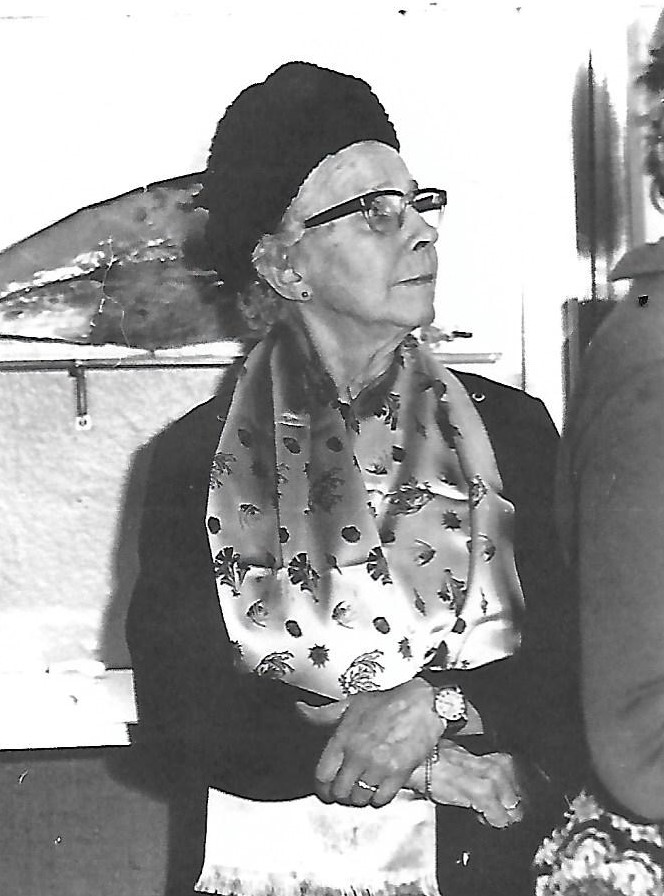 When annual meetings or excursions of the Zoological Association, the Malacological Association, or any biological student association are held in Zeeland, all participants are welcome at De Wael. There they are provided with tea or lemonade with biscuits. The participants also receive lectures and advice on the best places to find fossils and shells. If the weather and the agenda allows it , Tera will join up on an excursion and walk up a dune despite her seventy years.

This beautiful photo is included in the book Zeeuwse Strandfossielen, published in 2016, edited by Harry Raad, in honor of the 50th anniversary of the Geology working group. The caption reads: Searching for shells at the previously accessible grit factory in Yerseke. Tera van Benthem Jutting, Pico van der Feen (both above) and Gerard Geuze (below) on a KNNV excursion 1969 Photo Gerrit Geerse. (Tera is then 70, Pico is 77) 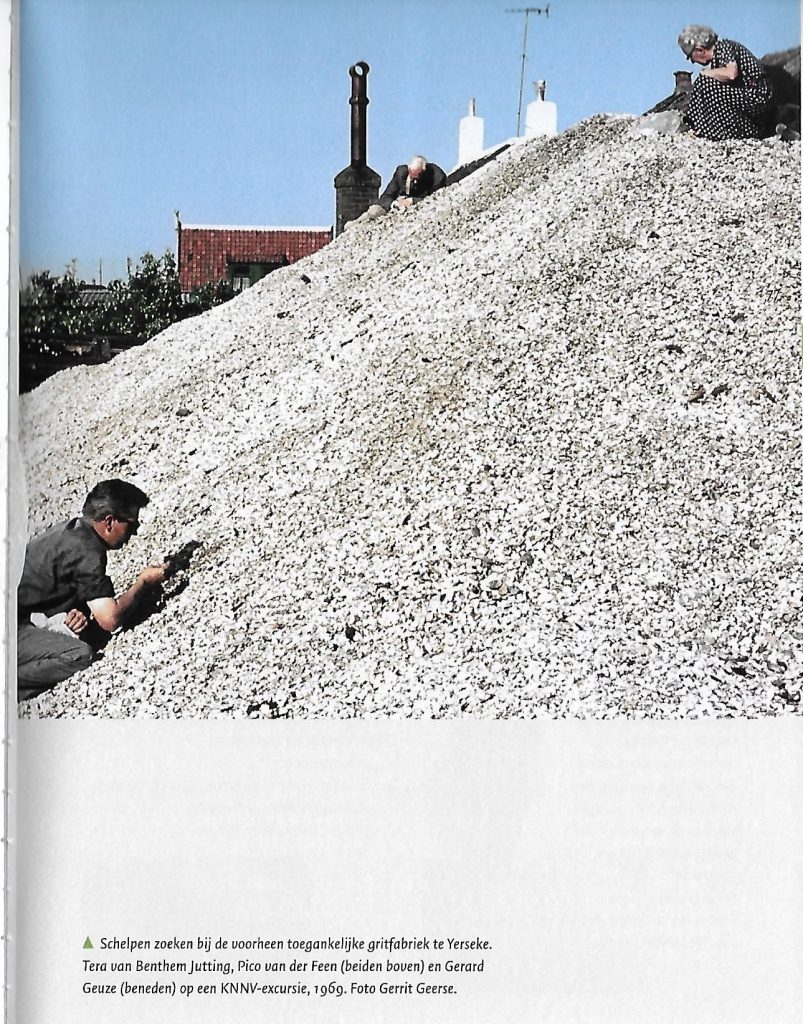 In the early 1970s they get a televisionset , with an antenna on the device, not on the roof and certainly no cable yet. That antenna is difficult to adjust properly in the outskirts of Domburg. As a result, they regularly have “snow” on the screen. They don’t seem to mind. Tera watches television while sitting on a wicker chair, a plaid over her legs, looking at everything  in amusement.

They continue to be helpful, also to young people. The Labruyere children, who lived next to them for years in the gardener’s house, told me that Tera was a sweet woman who came to their birthdays and brought Sinterklaas presents, a kind of surrogate grandmother. One of the children was tutored by Pico in math and French, Tera then came with tea and biscuits on a silver plate. In the guestbook  is a message from a high school student thanking Pico for helping him with his paper on dinosaurs.

In the next blog we will read how old age does take his toll.