In the previous blog we saw how Tera remains fully active within the Zeeland Society, within the Malacological Association and in Domburg. She enjoys the garden and keeps in touch with everyone.

In 1977 there is a big hitch when Tera suffers a cerebral hemorrhage. She is now 78 years old. She temporarily lost her memory and couldn’t walk for quite a while. After a few weeks in hospital, she comes home to De Wael, where Pico nurses her personally. Mrs. Labruyere ensures that casseroles and other food are served and everyone sympathizes and helps. The hairdresser will come to their house from now on.

Fortunately, Tera learns to walk and speak again and her memory comes back too. After that she decides to slow down. She asks Mia Gerhardt, who has just moved to Domburg, to take over the editorship of Archive. She stops publishing altogether. That is a real loss for her after sixty years. Her first publication was from October 1918 and was about dragonfly wings. She published it in the magazine De Levende Natuur (Living Nature) by Jac. P. Thijsse. In 1919 she wrote the only article she ever published about plants, namely the Euphorbia, also in De Levende Natuur ( Living Nature). In 1921 she made her final choice for the molluscs. From then on, all her biological publications are about one or more shells. She publishes in Dutch, English, German and French. In sixty years (1918-1977), she wrote more than two hundred and forty articles, books, book reviews, obituaries and biographies. She herself says at her farewell: There comes a time one has to stop. There will be someone else now with new interests. Which is good. I will continue to cooperate with my successor. I think it’s wrong not to make your knowledge available after your farewell. That is why I have published everything I knew, so that after my death my knowledge will still be available. And that happens. Even today, the work of Tera van Benthem Jutting is often quoted and consulted. 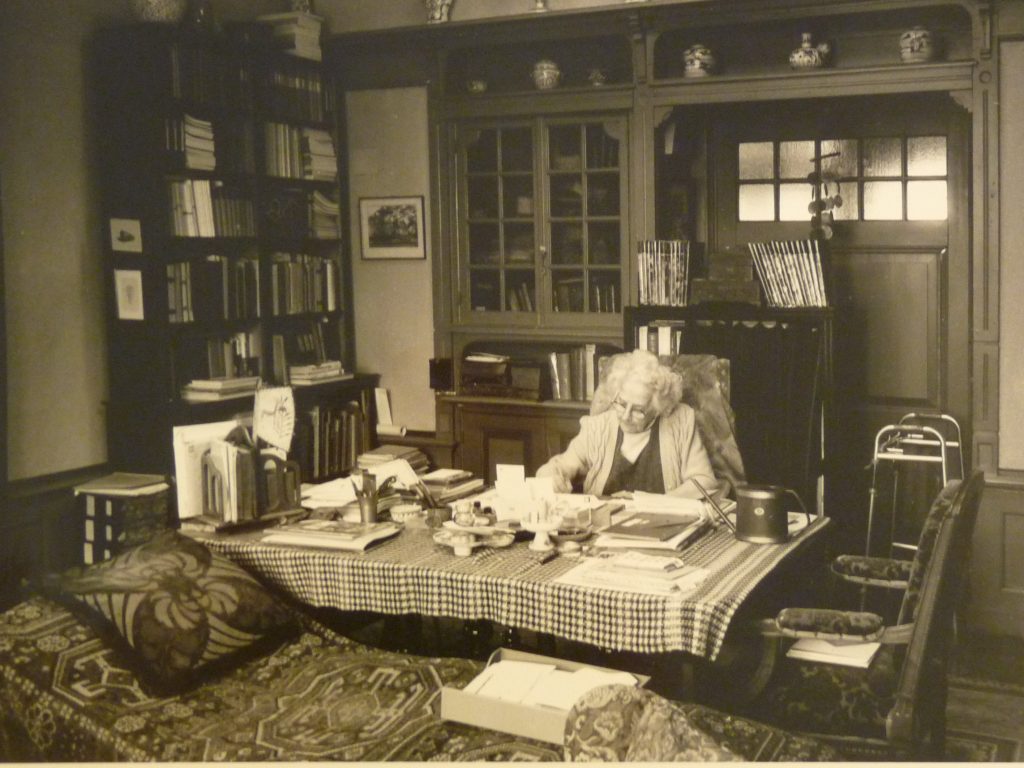 Here on the left you can see  Tera in her study at the Wael (ca. 1985). In the background you can see the walking frame that she often uses since her cerebral hemorrhage.

In 1982 she indicated that she also wanted to stop as curator of the shell collection of the Zeeuws Genootschap. That will be handed over to Freddy van Nieulande. He remembers: The more or less official part, the transfer of the main ledger and accompanying card indexes, took place in the beautiful villa “De Wael” in Domburg. A huge house where I found Tera and Pico in the kitchen where a fireplace was doing its best to drive the cold out of this living area. At that time it was the only place in the house that was heated. With red cheeks and a cold back, I left this majestic building after a few hours, packed to the brim with all the documents about the Shell Collection of the Society.

In the photo Tera in the same kitchen around that time.

Pico’s ninetieth birthday is celebrated in 1982, in a letter of thanks Pico writes about Tera, walking is more difficult, even though she is busy all day. They both become honorary members of the Zeeuws Genootschap. 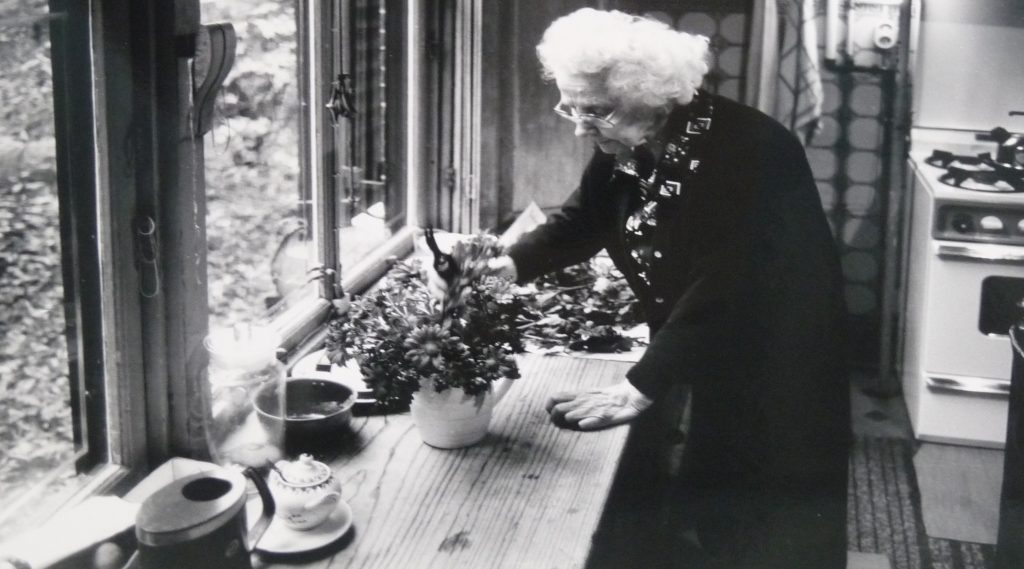 After that it becomes more quiet at De Wael, the number of visitors decreases, old friends die, but they also become old and frail themselves and are less able to receive guests. Tera is relieved when Pico’s work on the Zeeland Encyclopedia is completed in 1984.  Here left on the photo Pico and Tera in 1985 in the garden of the Wael, probably at the celebration of their 40th wedding anniversary.

Pico’s ninety-fifth birthday is celebrated on April 10, 1987. Many nephews and nieces come and sign the guest book, a few good friends also come, Mia Gerhardt, Dick Dumon Tak, Rinus de Bruijn. He receives flowers from the maire of Domburg. Then the guestbook stops. Tera writes in pencil in the guest book Pico in hospital July 1987. It is clear to Pico that he is going to die. When his old assistant Dick Dumon Tak comes by to say goodbye, he says: Tera is at peace with it! Tera writes in pencil in the guestbook: Pico died August 22, 1987.  Just two days short of their 42nd wedding anniversary.

In the next blog  an obituary  for Pico .