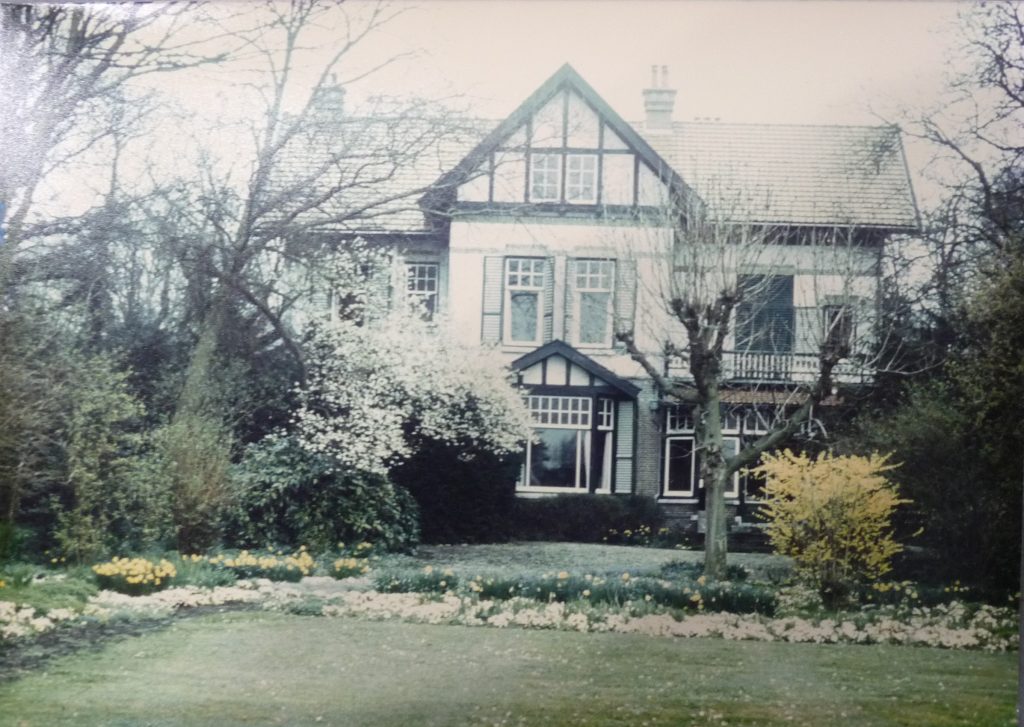 In the previous blog we saw Tera retiring and receiving an honorary doctorate. The last words of her farewell speech are: I now close a door behind me, but at the same time a new window opens with a view of what a French poet once called: “Le charme de la retraite”. With the memory of the friendship of all of you and with these beautiful gifts, I hope to be able to do some useful work in the new chapter.

Villa De Wael in Domburg has served as a holiday home since the marriage of Pico and Tera in 1945. The Labruyere family lives in a small part of the villa, they  oversee the villa, do the housework and maintain the garden including vegetable garden. Contact with the Labruyere family dates from during the war. In 1939, father van der Feen concluded an employment contract with another couple, which states: that the undersigned undertake to do gardening and homework for master P.J. van der Feen against a wage of 12 guilders for the man and 6 guilders for the woman and the use of the gardener’s house. When Pico and his mother have to leave the villa in 1942, the other couple is already out of the picture and Labruyere takes care of storing the furniture and sending some things to Tera in Amsterdam. And when Tera travels to Zeeland in June 1944, she also goes to have a look at the villa: Saturday I was  in Domburg and visited Marina Labruyere. Her husband would not come home until after half past four, as he had to dig or plant for the Germans. I unfortunately  couldn’t wait for that. She told me a few things, mostly things that you probably already know. So I have not been in the house or garden. The squares in the forecourt are indeed gone, and I saw a few carts pull out of the courtyard. Actually, the forecourt now seems bigger and the house looks nicer, without the small bushes. The windows are made opaque, with whitewash I think. You can’t tell from the garden that trees have been felled. The whole looks quite decent, but of course I can’t say how it is on the inside.

Shortly after the war, Labruyere helps to renovate the house, but also still works in the garden, vegetables are sent to Amsterdam: The box with fruits of the field arrived today well. It contained: leeks, carrots, 4 cabbages and apples. So now I can make sauerkraut. Please thank Labruyere for the good care

After the flood disaster of 1953 in which the villa was spared, a number of people again sought refuge in De Wael. Tera and Pico are happy to give up the house temporarily to accommodate a family in each of the sixteen rooms. Their involvement with Zeeland and the Zeelanders is great. Just like just after the Second World War, the conservatory is used for food storage, because there is no heating there. When the last refugee has left the house, De Wael, now very run-down, is refurbished and further furnished with the old furniture that was still in the attic. Central heating  is installed and the sanitary facilities are modernized. For the son Labruyere, a house is built behind the coach house. This is rented out to the Labruyere family together with part of the land to start a market garden. Pico, five years older than Tera, officially retires in 1959, but keeps working as an honorary curator at the museum in Amsterdam. But now that Tera is also retired, they decide to cancel the rent of the Parnassusweg and to move permanently to Domburg. In January 1965 they move. Tera’s office, and her library, will be in the large front room, the rare collection of malacological books she purchased over the years are stored in a library in the small adjacent conservatory. Pico will have an office and library on the first floor. There is a large portrait of Max Weber in one of Tera’s bookcases, just as she has had it on her desk in her study at the Zoological Museum throughout her career.

They’re not going to slow down. After all, a scientist’s work is never done. Tera becomes curator of mollusks at the Zeeuws Museum, part of the Zeeuws Genootschap van Wetenschappen (Zeeuws science society). That museum is located on the Wagenaarstraat in Middelburg. The Zeeland Society was founded in 1769 and aims to promote the arts and sciences in Zeeland. The society’s natural history collection includes mollusks, fossil bones of marine and terrestrial mammals, rocks and minerals. The collection of Zeeland mollusks has been considerably expanded by a gift from Cornelis Brakman in 1945. He collected recent and fossil shells for many years and corresponded about this with Tera, among others. Brakman was a curator at the society before her and was one of the first members of the Malacological Society. 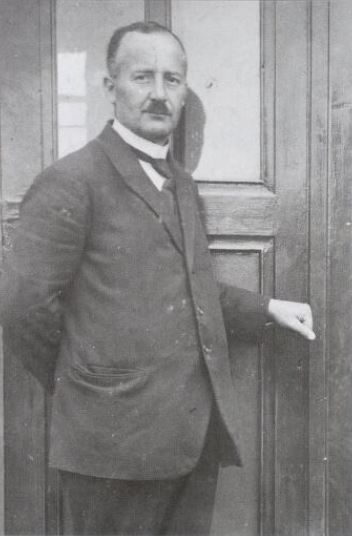 When Brakman (on the right in a photo from 1930) dies in 1955, Tera writes a short in memoriam: On 6 March. our former member C. BRAKMAN, former head of the Public Primary School in Nieuw- & St. Joosland passed away. His great interest in Natural History initially focused on plants, birds and bird eggs, but since ± 1922 also on recent mollusks, primarily of Zeeland, but also of other European countries and seas. Soon he also went into the study of fossil shells and collected with a skilful hand on the beaches of Zeeland, including the Kaloot, and obtained important material from the extracted shells from the Western Scheldt.

He identified most of these shells himself with books, which he purchased over the years. He donated much of his material to the Zoological Museum in Amsterdam, but the greater part went to the Zeeuwsch Genootschap in Middelburg, in whose Museum BRAKMAN ‘was curator of mollusks from 1934 to 1942. When the Dutch Malacological Society was founded in 1934, BRAKMAN immediately became a member. In Basteria the society’s magazine he published some new finds and observations. He corresponded a lot with amateurs and scientific institutions and was always willing to let others benefit from his knowledge and from his collections. One of the most important works to which he contributed “behind the scenes” was the thesis of C.0. van REGIEREN ALTENA, which appeared in 1937. The mollusc study of the Netherlands, and in particular that of Zeeland, owes a great deal to BRAKMAN.

As a curator in Middelburg, Tera will publish at least ten more scientific articles about shells. In the next blog we will read how Tera and Pico play a central role in their circle of friends.