In previous blogs we read about Tera’s adventures in the Dutch East Indies. She is completely settled, goes on excursions, works and goes out with colleagues and friends. 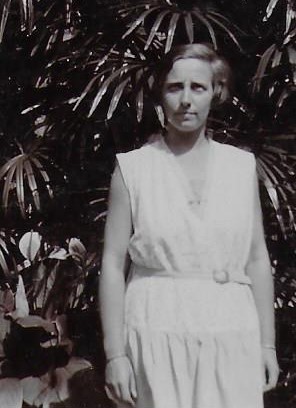 Tera is on one year of unpaid leave from the municipality of Amsterdam to go to the Indies, which means that she is expected back in January 1931. But in July 1930, she writes to father: This morning Dammerman suddenly came to the museum and was suddenly very talkative. He had a letter from Otto from Groningen, stating that he did not want to come to the Indies in 1931 (I had already heard something like that, but not officially yet). Now if Dammerman can’t get another permanent male assistant soon, he’d like me to stay.

He also told me for the first time this morning that he was very pleased with what I was doing, but perhaps that was to placate me! (…) What do you think about it now? Would you mind if I stayed here for another year? There is plenty of work and the more I get used to the country and the people, the more I can go out on my own.

In addition, she has received an offer from Prashad from Calcutta to travel through Calcutta on the return journey:

That seems like a very attractive plan to me, there are very good connections from here to Singapore and from Singapore to Calcutta. Then I could either train or sail to Colombo and pick up a  Dutch ship there, or to Bombay and take a P&O to Europe. The latter seems to me the most attractive, because then I can still see some of the Ganges plain: Agra, Delhi, etc. Now the only question is, that undertaking will cost money, more than if I simply sailed from Priok to Europe.

Baini Prashad (1894-1969) is an Indian zoologist specializing in mollusks. Tera already knows him from the Netherlands and Frankfurt. During his time in Europe in 1926, Tera spent several days working in Frankfurt and met Prashad and his wife there. In December 1926 she and Prashad celebrated Christmas with the Weber family at Eerbeek. Before she left, Tera received a thousand guilders from Mr. and Mrs. Weber to use for extra scientific trips. That is also characteristic of Tera’s relationship with the Webers. Anna Weber must have been thrilled to see yet another woman going to the Indies. Tera asks her father what he thinks about her proposing to the Webers to use that thousand guilders for a detour across Calcutta.

Father doesn’t really want to miss his daughter for another year, but doesn’t want to hinder her either. He writes: Apparently you have a lot of desire to stay longer in the Indies. Well, as much as I miss you, I can understand, and therefore won’t stop you. (..) I already wrote about the invitation of Prof Prashad last week; I also want to encourage that proposal, but from Batavia there is a direct connection with Calcutta through the Java Bengal line of the Mij Nederland, on which Chris also sailed. However, I do not know whether those boats are also suitable for ladies passengers;(…). In my opinion, the Weber family cannot object to this plan either.

There are however more candidates, people who also aspire to an assistantship at the Lands Botanical Garden, such as Jan Verwey, whom she went with to Dapoer and who often accompanies her on excursions. But Jan Verwey wants to return to the Netherlands, and in October 1930 he is told that he can become director of the Zoological Station in Den Helder. That means Tera can stay an extra year. She placates her father with the prospect of earning and saving well in the Indies: Actually, I really hate the airmail, because it so confuses the order of the letters. But sometimes it can be helpful, like now to let you know quickly that I had a meeting with Dr. Dammerman this week with the result that he wants to keep me for another year. Verwey is on the verge of going back to Holland and therefore prefers to not commit himself to anything here, and there is no one else. You must be grumbling and for your sake (…), I would have gladly returned home too. But now I have a chance to get a little more work done here and with all the acquaintances I’m having a great time. Finally, it is also great for my finances, I have now saved f.1250,- in 9 months and when I finally get back all the advanced money from the business trips, another good f.200,- will be added.

The extension of her unpaid leave turns out to be a formality and she also gets a salary increase, so everything is in order. However, there is another problem; housing. Docters van Leeuwen left for Holland in May 1930 for eight months and is expected back in January 1931, when he will also want his house back. So Tera has  to look for other accommodation. From someone in Buitenzorg she hears that there is a teacher who has pneumonia and has to go “up” for a few months for her health. The warm humid climate is not good for lung patients and higher in the mountains it is cooler and drier. The house of this teacher is located on the Kotta Paris and can be rented furnished. So that’s attractive. 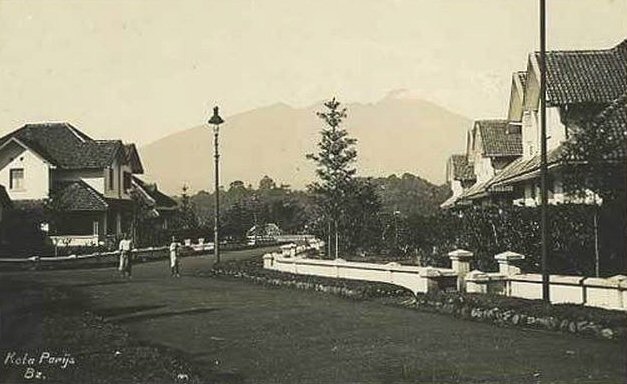 She writes to father that she accepts it: I have already done a lot of shopping: gas, water, electricity. Now I still have to make sure that milk, bread, laundry boss and langanan (telephone) is arranged. The baboe is happy to go with me, since I suggested that she come by bus, as she lives so far away. Of course I have to pay for the bus (20 or 30 cents a day), but with that I can keep my good brown girlfriend. She is completely familiar with the house, even when I’m gone all day.

Karel Boedijn also finds other accommodation for his family and on January 31, 1931, they move: Now I still have to tell you about my house. After some messy days in the botanic garden, there was a big exodus on January 31. First Carolien and cook who already went forward by pram to the new house. Then Ans on her bike, who was going to tackle everything in the new house, while Karel stayed in the botanical garden to direct the coolies. Thank God it didn’t rain that morning, because everything is still carried open from one place to the next as in the old days and the glassware on an upturned table.

In the meantime I had engaged a grobak (ox cart) for my large suitcases and folded myself with the baboe and a picturesque mess of small bags and packages, as well as one of the djongos, the dogs and the silver from Ans, which I had to hand over to her, in a cab.

I spent the rest of the morning unpacking the suitcases and getting settled. It’s a surprisingly pleasant affair, I’m quite at home already. Soon, very clever of him, a kebon came forward for the garden, who, last Sunday and also next Sunday, is busy refurbishing the yard, which has been very neglected in the months of Stannie’s illness.

The neighborhood where the Kotta Paris is located will be part of the Buitenzorg women’s camp during the war, but Tera will be back in the Netherlands by then. Next week we will see how Tera maintains contact with her brother Marius in the Indies.