In the previous blog we saw Tera making name for herself as a malacologist and has a settled position in Amsterdam. This does not apply to her brother Marius.

Marius is 11 years Tera’s senior. As children they got along well and Tera looked up to her big brother. In the photo: mother together with Tera and Marius, probably made in Nijmegen, ca 1902. Marius goes to grammar school in Nijmegen and then studies medicine in Leiden for a while. He does not finish his studies.

After his marriage to Ans in 1916 and the birth of his children in 1918, 1920 and 1924, his inability to provide for his family became apparent. As a teenager, Tera has no compassion for Marius situation. The marriage with Ans is ill advised, they don’t get along. Moreover, Marius is sickly, which Ans does not tolerate or understand. Marius is homosexual, and although homosexuality was not punishable in the Netherlands at that time, homosexual contacts were not tolerated. To avoid divorce, Marius left for the Dutch East Indies in 1928. He first works for two years at the printer and publisher van Ingen and after that as an administrator at the “Kerkbode” the newspaper of the Reformed Church in Soerabaja. His passion was photography and the Tropenmuseum in Amsterdam still has a considerable number of photos in their collection, made by Marius. On Delpher, the Dutch site where newspapers can be read, it becomes clear that Marius, like Tera, is involved in the Natural History Society, where he is the one who takes care of the photos and nature films.

Weekly he writes to his wife and his father. He also regularly sends money home. However, that is not enough to support his family. Ans therefore works from 1928 as a French teacher at the Kennemer Lyceum in Overveen. On important days such as Christmas and birthdays, Marius also writes to his children and sends presents. However, it is often not clear to the children from whom they receive these presents, from their father or from their aunt Tera, who after all also lives in the Indies since 1930. In the blogs from the Dutch East Indies we already saw that Tera has quite a bit of criticism on her brother on the one hand, but on the other hand does not want to let him down.

When father Wouter dies in 1933, Marius renounces his inheritance in favor of his children.

On 2 July 1936 Marius received a passport valid for 1 year in Surabaya to travel to the Netherlands. He wants to see his children and make an effort to reconcile with his wife. As soon as his wife Ans hears this, she considers divorcing him and claiming custody of the children. 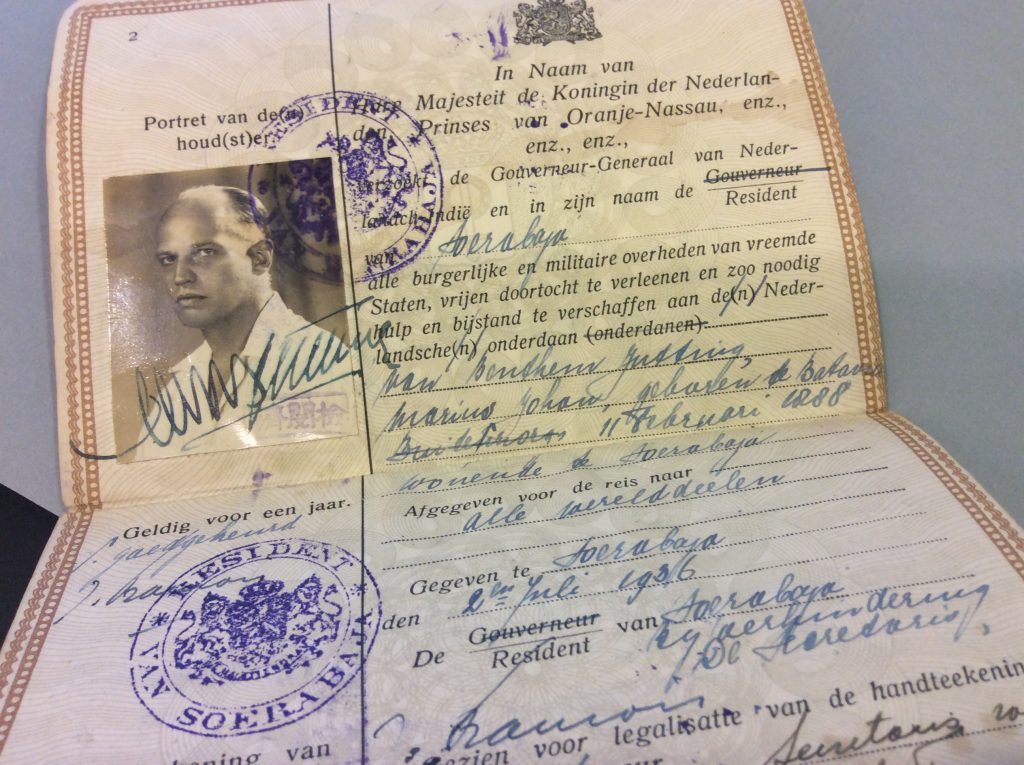 The children are now eighteen, sixteen and twelve respectively. The youngest has no actual memory of his father, he was four when his father left. They have not seen their father for over eight years. Tera advises her sister-in-law to at least allow him to meet his children. While Marius is still on the boat, his wife informs him that she will not receive him. Marius goes to Amsterdam and stays with his sister Tera. Tera doesn’t think it’s appropriate to refuse him entry, although she says she is completely in favor of Ans. The children come to visit their father at Aunt Tera’s, which is unsuccessful. After six weeks in the Netherlands, Marius returns to the Dutch East Indies without any hope of reconciliation with either his wife or his children.

In 1938, the Dutch East Indies is shaken up by a sex scandal. The start of the scandal is an article in the Batavian gossip magazine “de Morgenpost” (morning post) about the “decay of society due to homosexuality”. Before the Second World War you could not be openly homosexual in the Netherlands, if you did, social isolation or judicial prosecution followed if the law was violated. That was the reason why many homosexuals left the narrowminded Dutch environment to go to the Indies, where people were expected to have a more relaxed lifestyle and to be more tolerant of homosexuality. However, the crisis of the nineteen thirties and the very strict attitude of the Governor General changed that more tolerant attitude. Frans Leidelmeijer, a wellknown Dutch art connaisseur, has written a fascinating article about it in the Java Post, in which he estimates that more than 200 people have been arrested in the late nineteen-thirties. The Dutch East Indies newspapers of 1938 and 1939 are also teeming with articles about convictions in the Indies as a result of “sex crimes”.

In 1939 Marius is arrested for “violating public indecency”, he was found with another man in a men’s toilet. He is sentenced to one and a half years hard labour. His lawyer writes to Tera that Marius is depressed and is lacking some basic things but especially some consolation. Tera does not abandon him completely and sends letters and packages with extra food.  He is released in 1941. In March 1941 Tera receives, what will prove to be a last letter from Marius via the Red Cross, which shows that he is back in Surabaya and works at an accountancy firm. That’s the last she hears from him.

In 1941, Wicher van der Sleen made a trip to the DutchEast Indies with his son who had just turned 20. That was unfortunately bad timing. After the invasion of the Japanese in the Indies in January 1942, they were interned in a Japanese camp, just like most white men. Marius is also interned. Wicher and Marius end up in the same camp during the war. There Wicher’s son dies of exhaustion in September 1944. 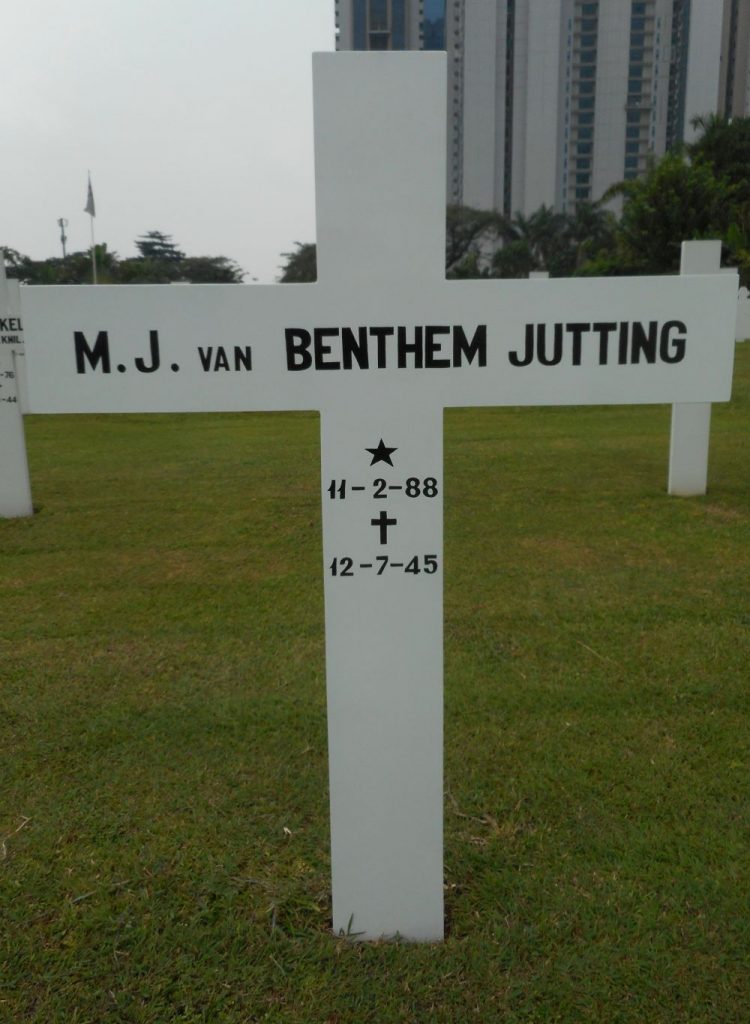 Marius does not survive the war either. He dies in July 1945, aged 57, in a Japanese camp in Batavia. He is buried in the honorary cemetery there. Tera only hears of his death in October 1945. Wicher wrote in a letter to Tera, after the war, that Marius was reasonably cheerful in the camp. He tried to help his camp mates with the medical knowledge and the knowledge of medicinal plants, which he had acquired during his studies in Leiden.

Next week we will read how the war starts in the Netherlands.