In the previous blog we saw Marius comming to the Netherlands one last time, and what happens with him after that until his untimely death in 1945. We now continue with the war in the Netherlands.

On May 10, 1940, the Germans invade the Netherlands. At first, Tera notices little of the war. She just continues to work at the museum. She does, however, remark bitterly in August 1940 that the library, the academy and the conservatory should replace the designation “Royal” with “Rijks”. 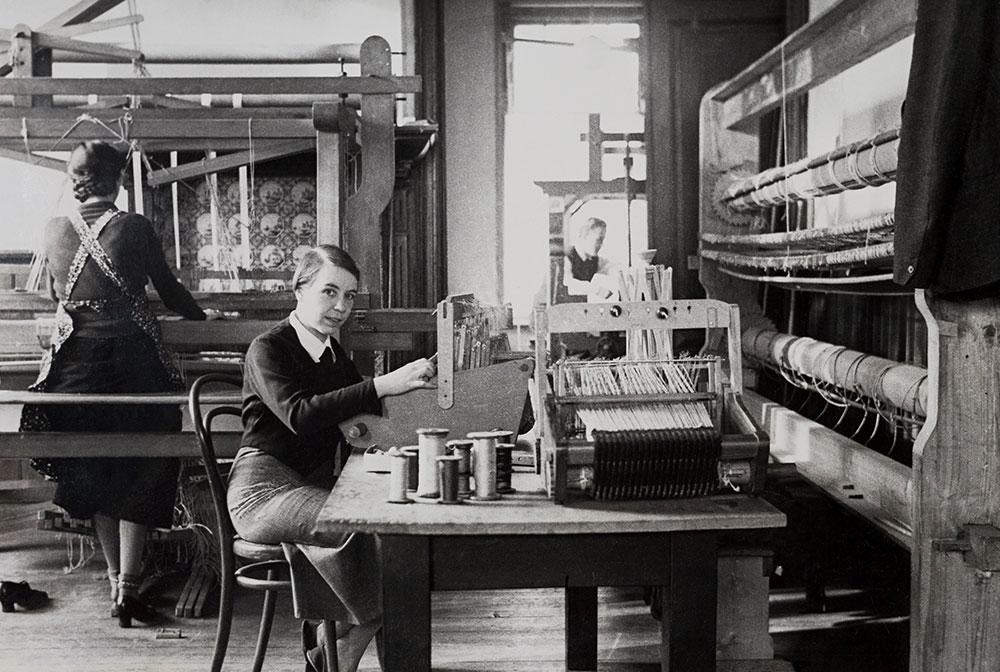 In the summer of 1940 she first stays with family in Domburg, where she also meets up with Pico, and then with her cousin Kitty in Nunspeet. Kitty van der Mijll Dekker (1908-2004) is a textile artist. Kitty’s mother was a sister of Tera’s mother. On the left is a photo of Kitty in her studio.

Kitty went to the art academy in The Hague and then studied at the Bauhaus in Dessau, where she was taught by Kandinsky and Klee, among others. From 1932 she lives in Nunspeet and from 1935 she also teaches at the Institute for Applied Arts Education, the later Rietveld Academy. Kitty will be known as the one who modernized the tea towel in the Netherlands through her innovative weaving technique. In addition to household textiles, she makes floor and wall hangings in her own studio, the Wipstrik. Kitty’s work can still be found in the Rijksmuseum and the Textielmuseum. Kitty lives with Hermann Fischer, a German artist, whom she knows from her time as a student at the Bauhaus in Dessau. In 1950 she will marry him. Tera and Kitty get along well, they often visit each other and stay over  and Kitty will support Tera throughout the war.

The first thing Tera notices about the war is the rule that you have to darken your windows  and arrange an escape case: On the Parnassus everything is cozy again with the lamp on and everything well darkened. I still have to deal with the kitchen and the guest room. Last night my head of the block came to tell us that we should have an escape case ready. Well, mine has been ready since May 10th. With my birth certificate, passport, bankbook and the like. As well as a copy of the molluscs I’m working on. Another copy is in museum. (on the photo  Tera on her first Ausweiss ( ID carte) 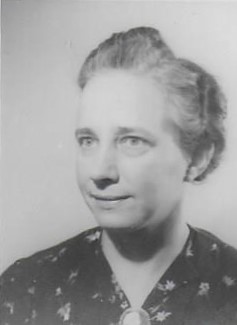 An important disadvantage of the war is the reduction of contacts. She gets less visitors at the museum, and she can’t correspond freely with people. She does write with Pico and others, but visiting people, holding meetings and going to conferences is severely complicated.  Tera and Pico will not see each other again until the end of the war.

International contacts are also made more difficult; with Germany it is no problem, but with Great Britain, the US and neutral Sweden, due to the censorship, the correspondence becomes more difficult and at some point impossible. (..) an entertaining correspondence with Odhner (Stockholm) about his article in Nova Guinea. I was not allowed to send the proofs (no prints allowed  to Sweden) so I corrected them. I also offered him to distribute from Amsterdam the offprints in the Netherlands and to Germany and asked him for the addresses. I added: then you will soon be thanked for an article, which you yourself have never seen in its form. Now he writes to me: in order to increase the crazy situation, would you please write on your own offprint: An Fräulein v.B.J., mit ergebenen Grüssen des Verfassers. Not only Odhner and I had fun with this, but also the German and the Swedish censor, because Sweden is already censoring

Contacts with the Indies also become impossible, both with her colleagues in Buitenzorg and Singapore, but also with her family, such as her brother Marius, whom she will therefore never see again.

Because of the war, many people send their shell collections at the Zoological Museum, for safekeeping : The collections are pouring in (…) From the last collection, an enormous chest with a large mess of Indian shells, I found a complete tea set: teapot, sugar bowl, milk jug, 2 cups and saucers, 3 bonbon baskets, and tea tray all made from cloves. Native home industry from the Moluccas. 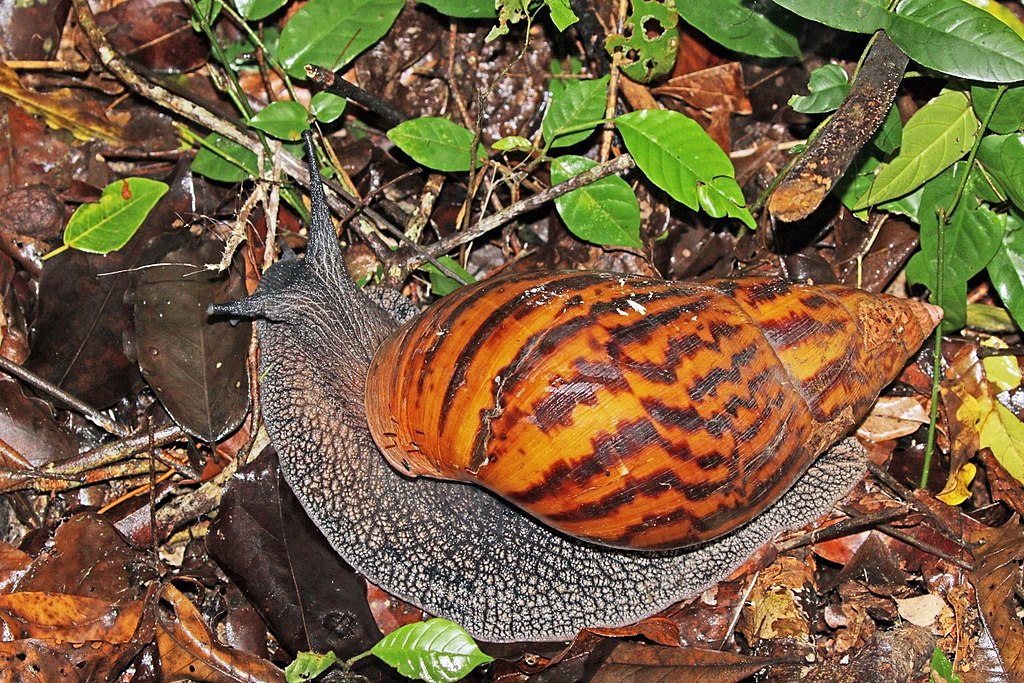 All those extra collections give her a lot of extra work: With the 5-year plan I now have Achatina to tackle. Those are snails! (Giant tiger snail, can grow up to 18 cm, see picture on the right)

A Helix Pomatia (common escargot) is a lilliput in comparison. But you should be glad you don’t have such elephants in your vegetable garden. Difficult to store, by the way, because with a few trays a drawer is already full. Fortunately most of the land snails are of smaller caliber.

But despite all her efforts, the work never really progresses and there is always more to do, which sometimes makes her a bit despondent. This week I worked again on the second 5-year plan, and got the Clausilias sorted and stored away. The little shell room is now more or less a dignified residence and no longer a warehouse of irregular goods. I really hope one day to be done with it, i.e. the big ranking. Always will be plenty of work left within each group. Sometimes it makes me a little sad, because when you see what’s still undone, then my life is definitely too short, and I’m  really trying my best  (or so I imagine).

So, the war has become a daily reality Tera tries to deal with as well as she can. She wants to keep working, but in the following blogs we will see how that becomes more and more difficult. But first, next week we look at a pastime of both Tera and Pico, and that’s history.