In the previous blog, Tera went on holiday to Zeeland together with Piet Meertens in June 1944. After the summer of 1944, however, the situation quickly becomes very worrying.

On June 6, 1944, Allied troops land on the beaches in Normandy. This is followed by an advance of the Allies through Northern France and Belgium. At the end of August, Paris is liberated. From September 12, the Allies are in the Netherlands, where they liberate Breda on October 29, 1944. Tera hears very little about this in Amsterdam. There are many rumors but Tera doesn’t know what to believe and what not to believe. At the end of October 1944 she receives a letter from Pico that he and his mother are safe and that Breda has been liberated.

She writes back another letter, which reaches Pico.

Your letters from resp. 10 and 14 Oct. arrived safely in my bus last Saturday (Oct 21). I was very happy with those messages. The numerous obituaries from Ginneken, which have appeared in the newspaper, have been clarified with this. Nowhere was it mentioned that it was a convalescent home, so I didn’t have any special fears about St. Laurens. Of course, for example, the whole village could have been captured, either from the air or by land. How are you now? The Tommies are so slow just like the snails.

After that they can no longer reach each other. The Allies are stopped at Arnhem and it will take until May 1945 before Amsterdam is liberated. Meanwhile the Germans cut off almost all fuel and food supplies from the farm towns to the large cities such as Amsterdam.  This causes famine. 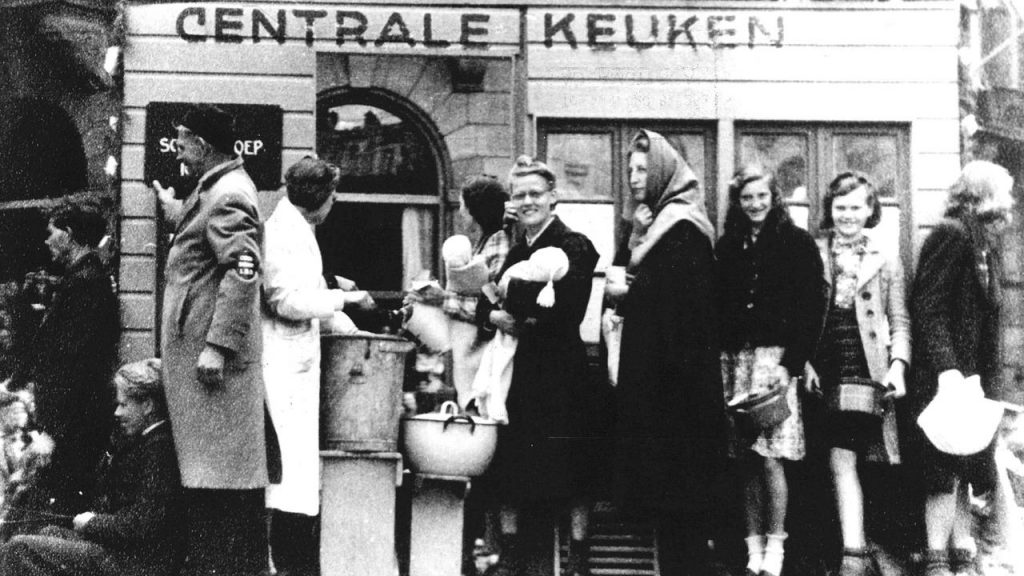 Central heating has been installed in her home on Parnassusweg as a major modernity. This causes problems in the last year of the war, as there is no longer enough coal. I am most concerned about the coal, both for the central companies and for the heating at home. The food supply is pretty well organized here: as emergency rations, for example, taaitaai and cardboard boxes with stew (cooked) will be distributed.

Because the central heating is turned off and the gas supply for her stove is uncertain, she looks for a stove or a heater. She manages to buy a little salamander (a kind of small flat-tube stove) and her nephew Wouter knows how to install it safely with sheet iron and a piece of pipe in such a way that it can discharge the smoke through the window to the outside, since she has no chimney.

Now I have to go and look for wood again. I have so little help and cooperation. I always have to jump in for everyone, but there is never someone to help me. I have now urgently requested from 4 sides to send me some wood, because there is nothing to get here. The trees in the Vondelpark and on the Wandelweg are already being demolished by the public (without the police doing anything about it!) and perhaps the other parks and the streets will follow as well.

If there were to be forced quartering of evacuees soon, I would give up the museum completely, because then I wouldn’t be able to leave home. I wrote that to de Beaufort; he just has to see how he wants to manage without me. Engel is of no use at all. 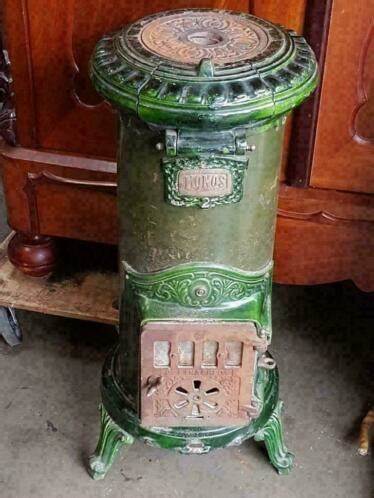 Hans Kuiper (1914-2011) was a Dutch amateur malacologist, who maintained a correspondence with Tera from 1933 until Tera’s death: In his “memories of the Wael” Hans Kuiper describes Tera in the war: In those years Tera worked on the part Lamellibranchia in the Fauna of the Netherlands series. My findings were therefore welcome to her. I sometimes visited her in the museum. I vividly remember how, going from the museum to Parnassus, she gathered twigs along the way and took it home like firewood. In those days you managed to steam a few potatoes in a tin can with a handful of little sticks and twigs.

Her letter of 25 October 1944 is returned to her undeliverable in January 1945. In that last letter she says goodbye just to be sure.

Bye my dear boy, be brave. We may have to make more sacrifices, even those of life. Personally I have no fear of death, but I would have loved to spend a few more years with you. If only you were with me, everything would be much easier to carry. I would like to drink to you for courage, if I still had a drop. Kisses from T.

The situation in the museum is also bad during the last Winter of the War: De Beaufort has been absent for 14 days with jaundice. As a result, we also have a lot more to fix. Engel is not a great steering force, and in my opinion too familiar with the servants, as a result of which they dare to talk back to him in a cheeky way. That will raise some difficulties later, if Engel is to become director. Then he can’t come and ask me everything first! Anyway, I now pretend to be the boss and try to get and keep people with enthusiasm at work with a friendly face and a joke. Tomorrow I’m going to visit the Beaufort at home.

So in the winter of 44-45 there is almost no heating, hardly any electricity and no hot water. All employees sit together in a room where there is still a stove. Tera describes that just after the liberation as follows: Fortunately, I was able to keep our museum business running as much as possible. Had to condone a lot of being late, chatting about and little thefts. As usual little cooperation from Engel, who came either not or very sporadically and as always put his own interests above his duties. Doesn’t bode well once he’s director. We were not allowed to burn the central heating, even though we had plenty of coal in the house for that. We now all worked together in Beaufort’s room with a large stove. The remaining coal was taken away for other municipal services, where nothing was available. I gave everyone a long Christmas break to save people and fuel. Likewise with Easter. Not much work has been done this year. To my surprise, there were few sick people. By the way, there have been no serious epidemics in the whole city: no polio, flu, typhoid. Quite a few stomach complaints because of too much sugar beet and tulip bulbs. I renounced the latter after having eaten them once. From sugar beets, finely grated, I boil sweet juice to mix with the food. Also quite inedible. We had a lot of ink fungus and mushrooms in Artis, and in April I got a box full of morels from the grove behind the bison.

Pico’s mother dies in December 1944, he informs Tera of this in a letter from the Red Cross. That message only reached her in May 1945. Amsterdam was liberated in May. The first thing Tera does is write to Pico:

Finally we are freed from these years of pressure. I am very grateful that we managed to get through this. It was an elegant method to encapsulate the heart of Holland in this way and to fight the battle outside it. In this way all cultural treasures have been saved, including your belongings, which I carried up a bit for fear of high water. Hunger has been fatal for many. I always had enough food for my stomach , but I still feel hollow. And that it wasn’t a good diet is proven by the daily increasing degree of thinness. I look like a tear-off calendar on New Year’s Eve. The R. Cross shipments were a blessing. Now planes come every day with eatables, but this is still far too little for 4 to 5 million people. Substantial aid can only come when transport by car and ship is possible again. Fortunately, I was still able to help out  several good friends, both in terms of food and heating. (..) De B. awoke from his hibernation in mid-February and came to town every 14 days for 2 days, by bicycle. Stayed with me on the Parnassus. Now I haven’t heard from him in over 6 weeks; he was very near the front.  Luckily I still have my bicycle; I was in Haarlem for a weekend in mid-March. Wouter got married at the beginning of January, now lives close to me, which is very pleasant. He had found himself a clandestine radio and kept bringing the messages. I long for my gas stove, almost more than for electric light. Oh wonder we still have running water! (..) How are your mother and yourself? Much love from T.

Thus ends World War II for Tera. In the next blog we will see how Tera and Pico fared in the summer of 1945.