As we have seen in the past blogs, Tera is busy. She parties, is busy with the various associations and  clubs, attends lectures, goes on holiday and on study trips. In the spring of 1924 she goes to Brittany with some of her university friends; collecting and sightseeing, the cathedral of Quimper, the dolmen and menhirs, but also searching  for snails and shells on beaches and in bays.

In the meantime, Tera is of course a student and at some point her study must be completed. However, she does not have the appropriate previous education to participate in the academic exams. The Dutch secondary education system is complex. There are all kinds of different levels and depending on which level of education and degree you will have at the age of 18 you can go to different sorts of also complex higher education. University accepts only the highest levels of secondary education. That is Latin school or something similar but without Latin and Greek called HBS (Hogere Burger School). However, Tera has done MMS and training college and thus is barred from academic exams.  She can however obtain a teaching certificate ( MO =Middelbaar Onderwijs) that gave people the authority to teach in secondary schools such as an HBS. The MO  K IV deed gave the authority to teach in mineral, nature, botany and zoology. The level of the K IV exam was equal to that of the university exam, so K IV students took the same classes as the “real” students. Tera’s lecture notes have been preserved and are in the Amsterdam City Archives. Copies of some of these can be found on this website under lecture notes. 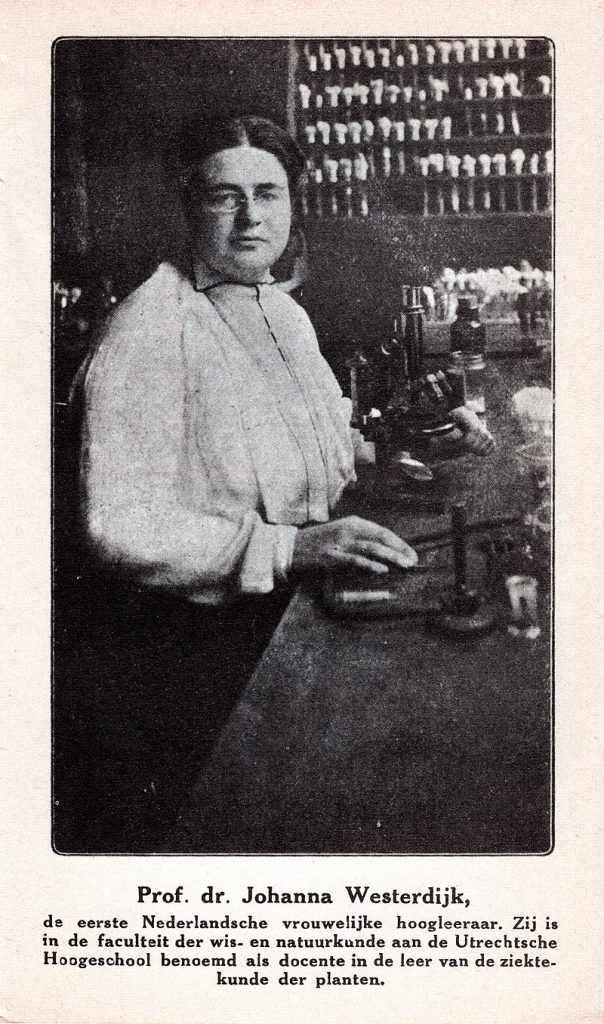 Johanna (Hans) Westerdijk (1883-1961) also obtained her MO certificate K IV in 1904 in a three-day oral exam in The Hague. However, getting a PhD in the Netherlands was not possible with such a certificate. That is why, after her studies, Hans Westerdijk moved to Munich first and then Zurich, where she obtained her PhD in 1906. In 1917 Westerdijk became the first female professor in the Netherlands. She specializes in fungi and will lead a laboratory in Phytopathology (plant diseases) for many years (source: Een beetje opstandigheid, Patricia Faasse). Tera regularly meets Hans Westerdijk, both on Eerbeek, Hans is also an admirer of Anna Weber, and in Amsterdam. However, they don’t seem to have liked each other terribly. In a later blog it may become a bit clear why not.

At the beginning of the 20th century, the MO certificate exams were  still centrally arranged in The Hague. But in Tera’s time she takes an oral exam with her “own” professors in Amsterdam. On September 30 and October 1 and 2, 1924, Tera is severally questioned  by her professors.

Sept 30 At 11 o’clock I had an exam, but when I entered the Hortus at 10.15, Sluiter beckoned over the balustrade: he he! And Dubois came down the stairs: Oh yes, it is you! And I had to fill in immediately, because vd Bos had withdrawn. Dubois sets out and completes his entire repertoire in that one hour. went pretty well. (..) . Weever’s anatomy and physiology in the afternoon is fine.

1 Oct. Sluiter on Arthropoda. Here and there some goofs, but the whole is not insufficient. Afternoon Weevers, all kinds of mix ups with dehiscent capsules and double achenes and with fertilization and reproduction. But heredity went pretty well. Mrs. and Dr. Kerbert strolled in the garden. Madam comes up to me to ask how my exam is going.

2 Oct Dubois puts me through the wringer on paleontology and has me build up all layers of fossils from the Silene. Missed quite a bit. Molengraaff and Weber about the fish fauna went smoothly! (..)  But I passed albeit with the narrowest of margins! There was a whole lot of congratulations. Got a nice bouquet of roses from the rolpensclub. Father also came and then we had a tea party in the restaurant with the whole bunch. Party at home in the evening.

In the days that follow, the congratulations keep pouring in, she says she is getting “a bit out of balance”.

Unlike with the master’s exam, you do not receive a title with a MO K IV certificate and you therefore do not have the right to do a PhD in the Netherlands. That stings Tera a bit. As we have seen above, some went on to do their PhD abroad. Germany and Switzerland were less fussy about this than the Dutch universities. However, Tera has no money, partly as a result of the troubles of her brother, who has to support a family and does not succeed sufficiently. Father steps in to cover the expenses for Marius’ family. So Tera has to stay in the Netherlands and provide for her own income. That can be done by staying on at the Zoological Museum. Tera will therefore live her working life as Ms. van Benthem Jutting instead of  Dr. van Benthem Jutting. When she retired in 1964, she was awarded an honorary doctorate and was finally allowed to call herself  Doctor. All her correspondence from that time onwards is signed with Dr. van Benthem Jutting, only her Christmas cards escape this signature.

From 1924 Tera works full-time at the Zoological Museum as curator mollusks. The job consists of taking care of the collection. All shells must be identified and described. She sets up a card system for this, in which is described for each shell the name of the specimen, what it looks like, where and by whom it was found, what the dimensions of the specimen are, how it came to the Zoological Museum and by who else the object was described. That card system can be used as a reference when new shells are brought in. This creates a unique picture of all the shells that the museum has. In addition, there are of course also the snails in strong water, for which the same thing happens. The handwritten card index is still part of the archive of the Zoological Museum. Among Tera’s notes I found a neatly typed sheet with instructions on how to collect. She sticks with this method for the rest of her life. 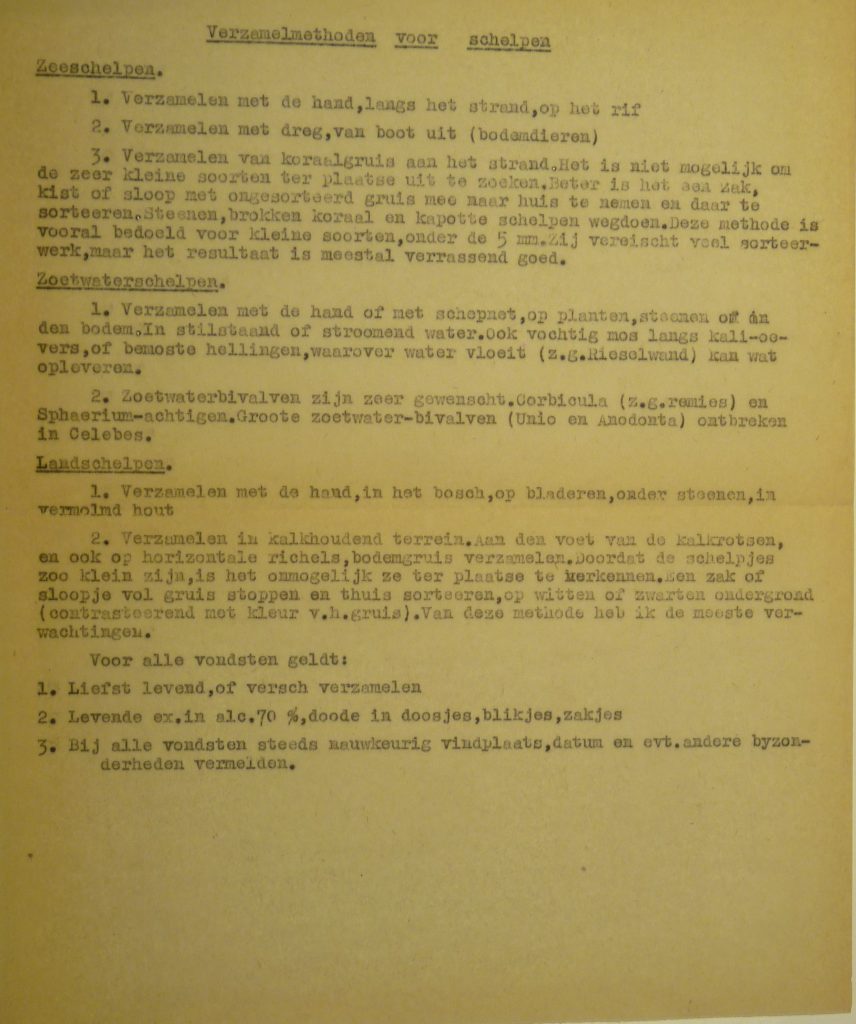 Next time we’ll see what else Tera gets up to at the museum.