In the previous blog we saw Tera writing a biography about Jan de Man. In this blog we read how Pico and Tera continue to shape their lives as spouses. 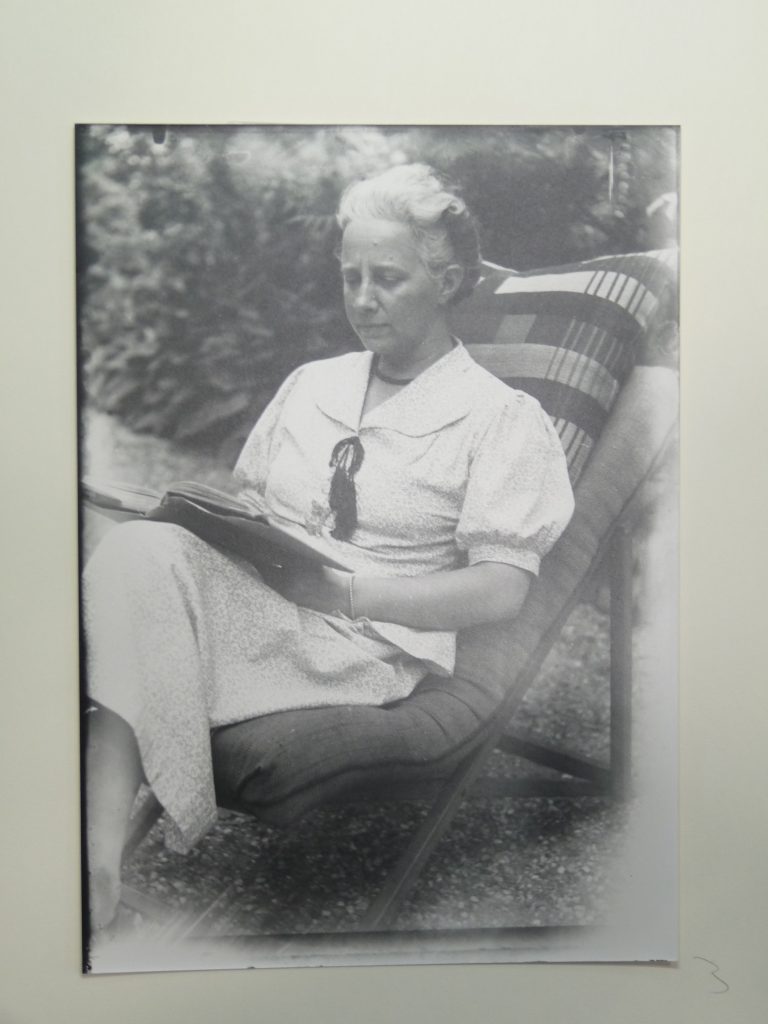 From 1945 on Tera and Pico live together on the Parnassusweg. During the holidays and weekends they often are in Zeeland in their villa. (Here on the picture Tera in the garden in Domburg, 1954)

On the Parnassusweg they entertain their guests, Tera likes to cook, and as one of her friends later says: Besides science, they maintained hospitality with verve. Foreign guests and old friends from Zeeland stay over.

Rika Ghijssen is one of the first to write in their Amsterdam guestbook:

“In festive and dark days, did I experience hospitality here

But now for the first time I was a guest, With the couple and I was not surprised

Here again to find the same atmosphere, Welcome to the old friends.

After the war Tera is more or less the Mater Familias of the Juttingen clan and as always feels very involved with her family. For example, the second cousins and students Bert and Jan van Benthem Jutting are summoned together every week to come and have dinner to ensure that they have a healthy meal at least once a week. Assistant Siebrecht van der Spoel remembers that he was also invited to the Parnassusweg and was offered a cigarette after dinner, with the remark that he could smoke it on the balcony. Greetje van der Spoel (at that time still the fiancée of Siebrecht, later his wife) remembers that she arrived in Domburg with a friend during her student days, and that a taxi was hired to show them the island of Walcheren. Second cousin Ada van Benthem Jutting also remembered staying with Tera and Pico in de Wael in the 1950s when she was doing an internship in Middelburg for a thesis on small villages in Zeeuws-Vlaanderen.

When cousin Wouter got a son named Steven in 1946, she was once again delighted with being an aunt and then, in addition to being a scientist, she is also a housewife and aunt, and she wrote to Pico: You remember that I have those long woolen stockings in Domburg. pulled out. I took part of that tangled wool with me, and put another part in one of the cardboard boxes, which are now ready to be sent to Amsterdam, either in the cupboard next to the door of the guest room, or in the sideboard opposite. The latter is most likely. Would you like to see if you can find 1 ball of wool of the attached sample, and then put it in your pocket. I’m afraid I’m a little short on wool for the suit for the new nephew. If you can’t see for yourself whether you have the right color, thickness and quality, let Marina take a look. Choosing the right color of wool is clearly women’s work.

Pico’s financial situation is much more prosperous than Tera’s. It is not entirely clear what Pico lived on, but it is certain that before 1950 he never had a paid job and was actually living a pension. He publishes a lot, probably also for a fee, he inherited a lot from both his father and his mother; not only the villa with its contents, but also shares and land. Moreover, he does not need much and therefore spends little money. He likes to buy books, zoological books of course, they travel by train (third class), both will never have a driver’s license or a car. They are frugal with money and so shortly after the war there is of course still a shortage. This is how Tera writes to Pico when he is in Zeeland: I spoke to Bongaertz about his daughter, a costumière. She will now stay in Winterswijk, so I will have to miss her as a seamstress. Now I’d like it if Jo Labruyere could sew something for me. Would you like to ask her for me? Then I could make a definitive appointment with her on Saturday or Sunday. Would she own fashion patterns? Otherwise I’ll bring some. If it’s all right with you, she could start with a dress or suit from your mother and convert it into a winter dress for me.

The intention is that Pico will start on his PhD after the war. Before the war he never came round to it because of his mother’s illness. He makes some study trips to Eastern Europe to collect enough material about mammoths, the logical subject for a PhD. He does publish a number of articles about mammoths, but because of his perhaps “too” diverse interests, he never finishes his PhD.

In 1950 Hendrik (Henk) Engel succeeds de Beaufort as director of the Zoological Museum. Tera remarks years later on Engel’s retirement: Since 1950, various improvements have been made in the building, equipment, the library and the hiring of both scientific and administrative staff. The museum magazine “Beaufortia” is founded under his leadership. Engel has a great sense of responsibility for the staff, but is also friendliness itself and has a great sense of humor. That’s different from complaining about Engel during the war, but that was only to Pico and this is in public.

The Engel family with children like to stay at De Wael, where Hendrik Engel writes in the guest book in 1951: The laudtrompet of angels gleefully praises the welcome, the joys and pleasures of life at De Wael, ….

The departure of de Beaufort and the transfer of Engel to the post of director means that a place becomes available for a curator, that place goes to Pico, so that Tera and Pico both work at the museum from 1950. (Next Pico at the museum, 1957) 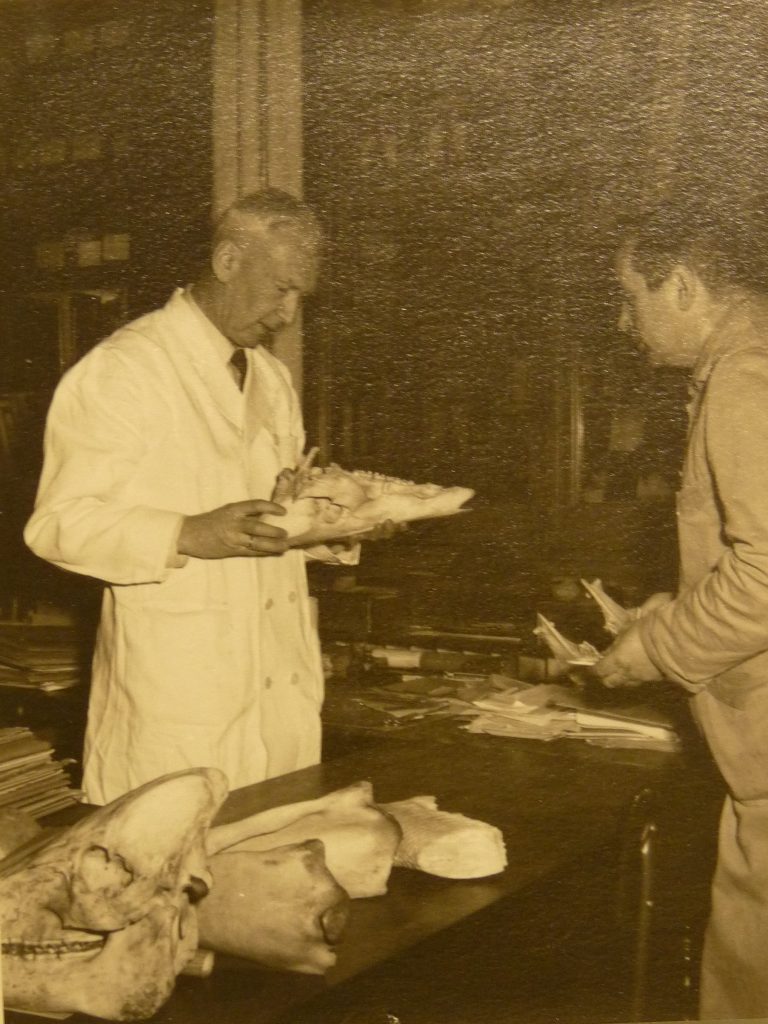 In this way Tera has achieved what she most praised in her great examples Max and Anna Weber: a harmonious life in which you work together as a couple. In the next blog we will see how Tera maintains her international contacts.