In the mid-19th century, two scientists publish ideas that will leave an indelible mark on the development of Natural History.

In 1859 Charles Darwin (1809-1882) after many years of research and study publishes his “On the Origin of Species”. He thus contrasts himself with Jean Baptiste de Lamarck (1744-1829). Lamarck suggested in his Phylosophie Zoologique of 1809 that individual organisms actively adapt to changing circumstances. In addition, he assumed that these acquired traits were passed on to the offspring. 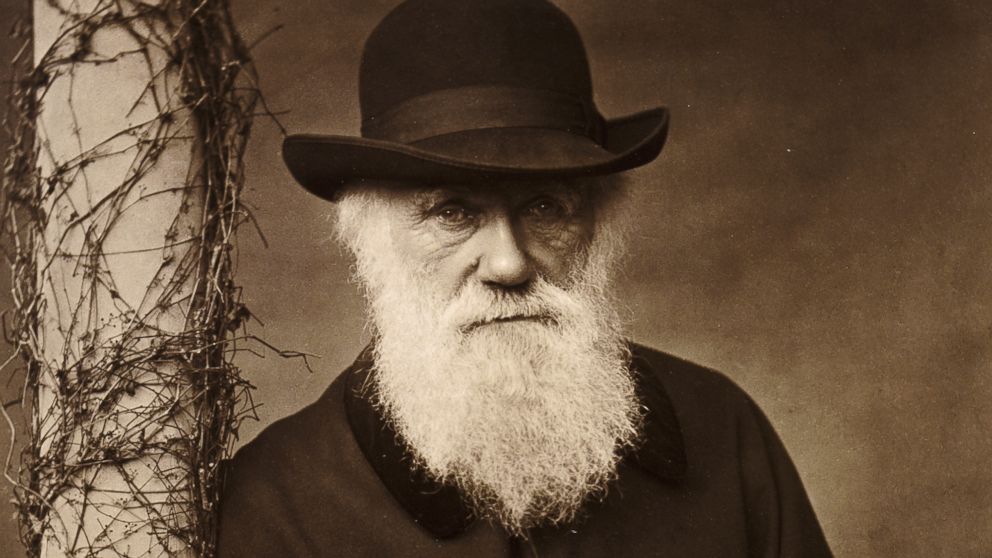 Darwin, on the other hand, argues that adaptation is passive and takes place at the species level. With this, Darwin lays the foundation for modern theories of evolution. He continues to work on further improvement of his theory until the final 6th edition of 1872.

A German translation of this work was in the library of the Augustinian Monastery in Brno. Around that time the abbot there was Gregor Mendel (1822-1884). Mendel conducts crossbreeding experiments with pea plants in the monastery garden. In 1865 he discussed the results during two lectures for the Natural History Society in Brno. In 1866 these are published in the Annals of the same Society. Mendel thus lays the foundation for modern genetics.

Thus, when the first edition of “On the Origin of Species” was published, Darwin could not have known of Mendel’s laws of heredity. The scientific substantiation of his concept of speciation could however have benefited from  these laws. Unverified rumors claim that Mendel sent Darwin a summary of his results. That he got no response. And that Darwin would have found Mendel’s mathematical and statistical underpinnings too complicated.

Anyway, even in the later versions of “On the Origin of Species” not a word is devoted to Mendel.

Darwin’s theory of evolution raised strong controversies in the world. Some could not, and still cannot accept that speciation is coincidental and that man is just one of millions of species. Others looked for a stronger foundation for the theory. In 1902 the time has come. Hugo de Vries (1848-1935), Carl Correns (1864-1935) and Erich von Tschermak (1871-1962) independently encountered Mendel’s publication 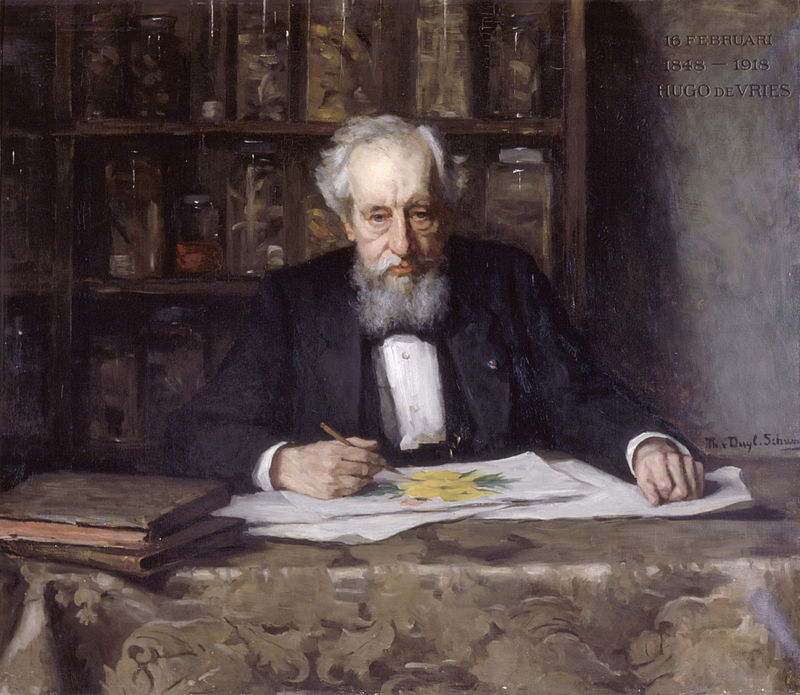 De Vries (here on a painting by Thérèse Schwartze) had previously found variants of the evening primrose in the wild. He called those mutants and wondered how this altered trait was passed on to the offspring and whether new species could be created in this way. Darwin talked about the gradual emergence of new species, but mutations could cause this to happen in leaps and bounds.

Crossbreeding experiments and other experimental research became increasingly important in the early 20th century. Nevertheless, the collection and cataloging of organisms remained an important activity for a large group of biologists. Anatomical research and systematics have been part of early university research and education since the Renaissance. In Tera’s time, the Natural History high school curriculum is largely focused on anatomy and systematics. Only briefly is attention paid to physiology. See, for example, ” Beknopt leerboek der plantkunde” (Concise Textbook of Botany) by Dr. H. Bos from 1905 (third edition) or “Beginselen der dierkunde” (Principles of Zoology) by Dr. A. J. van Pesch from 1923 (eighth edition). It was not until after the Second World War that subjects such as heredity, evolution and physiology were properly addressed. See, for example, “Algemene biologie voor de bovenbouw” (General Biology for A levels)  by J. P. de Gaay Fortman et al. from 1974.

The number of biologists currently involved in taxonomy and systematics is considerably smaller, compared to the time of Tera, than the number of experimental biologists. However, many “amateur biologists” are avid collectors and take advantage of the work of the taxonomists.

By the way, the first to use the term “biology” was Jean Baptiste de Lamarck.

About the author: Fred Dijsselbloem (1946) studied Biology at the University of Nijmegen. For 38 years he taught biology at various secondary schools. He has a special interest in the history of the Natural Sciences.