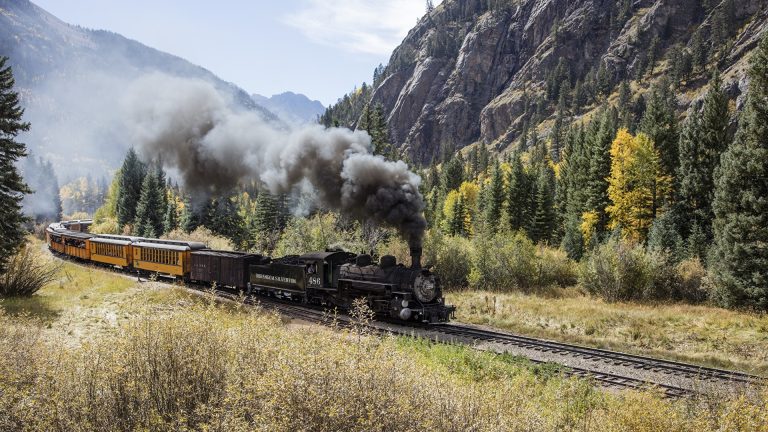 In the previous blog we saw that Tera went to university in Amsterdam and goes out camping with friends in the summer.

In January 1919, the plan is conceived to go to the Riviera to research flora and fauna. That’s a bold plan. The First World War has ended just two months ago To get to the Riviera, you first have to travel through Belgium and a large part of France. Meetings are devoted to it, who will attend, how should it be arranged, what should be packed for the trip? They talk about it with a group for a year. In January 1920, Tera applies for a passport to enter the Riviera. On February 17, 1920, she goes to the French consulate for a visa: Going to the French consulate, waiting patiently in the antechamber and HURRAY! Got the visa right away.

Tera is 21 years old, her traveling companions are all older than she is. Tera’s age was always easy for me to “calculate” by taking the year +1 since she is from February 1899. As a result, you as a reader never have to think long about how old she is in a given year.

They leave by train on March 28, there are six of them: besides Tera, Dr. Wicher van der Sleen and his fiancée Toos, Dr. Willem Jonker (1880-1922),  biology teacher in Zwolle, father of the later politician Hilda Verwey-Jonker, his wife Leen (1878-1976) and a man called Staverman, who is not mentioned anywhere else and whose identity cannot be determined. .

Exodus from the frog country ( a nick name the Dutch use for the Netherlands) with a lot of luggage. Cozy talking and singing in the train. Visitation in Roosendaal. Entry into Belgium, fruit trees in full bloom. Antwerp transfer. Barbed wire barriers and forts. Destroyed houses, trenches. By 7 o’clock in Brussels. Jonker with a vigilant (a sort of carriage)  and the luggage to the other station. We walk with our bikes in hand  through the bustle of Boulevard Anspach, real parade! Electric trams with a tentacle-shaped bracket and with underground guidance. Drinking tea at the Gare du Midi, already talking French with the coolies there.

On the night train to Paris. Slept well at first. Then: “la visite” France! Houses, churches, stations, blown up bridges. How could they do that! The people live in emergency housing or in spare freight cars.

They are with six bicycles, three tents, a primus and all kinds of other luggage. There is “wild” camping, there are no campsites yet. They change trains in Brussels, Paris and Lyon and get off in San Raphael. They are brought in by the French police, who do not like the Dutch, because the German emperor has taken refuge in Holland. They are released again.

They cycle along the entire Riviera, they fish in the bays and streams, and they search for snails, insects, fish, etc. It is a scientific expedition, with great precision everything that is caught is identified and packed. They regularly visit the post offices to send their finds back to the Netherlands.

On April 5, Tera writes, among other things, Beautiful sun. Packed up early and on the road.. Along lovely flight ramps to the col d’Esquillon. There we had to move up an very steep slope. Then I clambered to the orientation table and from there a view so beautiful to Cannes with the snow mountain as a background. It was very busy, even Dutch people: Superbe! Then off again to a little past Theoule and had dinner there. My bike was bad because spokes were broken. Almost all luggage was transferred to the other five. Climbed around for a while and saw beautiful butterflies. Sea erosion well above sea level. Road to Cannes tedious, full of cars. (…) Searched for bicycle repair shop and finally found it. Me in the tram in the direction of Antibes and drove far too far. Walked back like a poor vagabond and finally met the rest. Camped in a lovely bush at Pointe Fourcade….. lots of snails

April 6 Wicher gets my bike. Toos on a butterfly hunt. (..) From Juan-les Pins to the Cap des Antibes. On the west side tea was made and eaten and beautiful sea creatures caught…… Crossed the peninsula to Antibes(..) On to Biot. Camped at a Roman ruin. Lovely encampment among the orchids… Great snails….. Green lizards bask in the sun, hunted for them, but to no avail!… meadow by a stream. Nice and Antibes lights in the evening

If the weather is too bad and it rains, they take a tram to Monaco to see the museum. As also later in her life, Tera is easy to criticize others (at least in her diary) and she writes about the natural history museum in Monaco: System is rather strange  and they have the fauna of the immediate area so untidy as possibly displayed and absolutely not identified. Aquarium is beautiful, but doesn’t have the nice atmosphere as the one in Amsterdam

On April 12 they cross the French-Italian border, which is quite a hassle:

Beautifully clear weather again and off by bike. Beaulieu, Eze, Cap St. Ail, Monte Carlo. Horrible slope to the top. Drinking coffee on the olive terraces just before Cap Martin. Hence a nice view of motorboat races in Monaco. Orange Lathyrus… Beyond Cap Martin we arrive in Menton. From there to the Italian border. First the French frontier, nothing no bother. Pont Saint Louis over a nice ravine. Arrival to the Italian carabinieri, very friendly, but stupid. Then the Italian Dogana, took a very long time because we had to fill in all sorts of things, got a led  seal on the bike. Climbed some more up to the Scuola Hanbury in Grimaldi. Camping pitch very difficult because the rocks  are too sharp. Asked if we could camp on the grounds of the scuola, where Dottore Ferrero lives, it was immediately fine, very hospitable. Got a nice spot in the pine forest. Going to have tea in the house in the evening, funny Italian household. Tiled floor, no fireplace, because they never have need of a stove. Lack of milk jug because they do not drink milk in the tea. The Doctor’s Stamp Collection. Book with old plates about plants. And after every other word si, si, si.

On April 15 they say goodbye to some of the travelers. Jonker and probably Staverman too, is a teacher and has to return to the Netherlands, because the Easter holidays have ended.

Picked up and drove along Ospedalleti to San Remo. Beautiful large hotels and villas in the city, very modern, flag parade because of the peace congress of the allies. In San Remo Jonker, Leen and Staverman were put on the train with their entire luggage and the company continues into the wilderness under the motto “Honi soit qui mal y pense”. Through a terrain that differs extremely from the rest of the Riviera. The mountains are not as high, and everything is arranged as terrace land for olives and winegrowing. Transport of olives in bags on mules or in carts with an ox and a mule in front. All streams are brown from the filth from the olive mills. Many lumberjacks and log transport also by mule. Through the most charming Italian towns: Bussana, Riva, San Stefano, San Lorenzo, Porto Maurizio, Oneglia. Camped under the olives just before Diano Marina. Especially Porto Maurizio was nice but cramped and scruffy!

The Honi soit qui mal y pense (shame to the one who thinks evil of it) will indicate the gossip that can arise, now that Tera travels alone with an engaged couple, so the three of them, probably with only one tent. After a few days, Tera sprained her ankle, but with a day or two of rest she is fine again. They trek a little further and then finally take the train back, first again to Dr. Ferrero and then on to Monaco where they can spend the night in the museum, or with the museum director, that is not entirely clear. They charter another fisherman who takes them out to sea, they swim again in the Mediterranean and finally take the train back to the Netherlands where they arrive on April 30th.

It is unclear  how the trip is paid for. Tera still lives at home at that time, whether she gets living money from her father, or whether she uses a small part of her mother’s inheritance is not certain. The journey would not have been terribly expensive. In that month they cycle at least two hundred and fifty kilometers, with bicycles that probably have few gears, with heavy luggage, uphill and downhill. 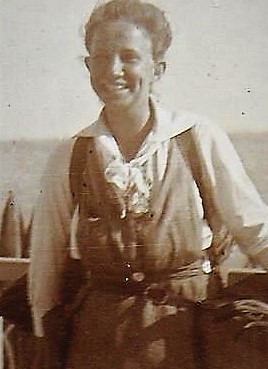 There is a photo (not a very good one) of Tera on the Riviera. She’s radiant! Her skirts will be worn below the calf. She certainly didn’t wear long pants in those days, let alone short ones. How they regulate their “personal” hygiene is completely unclear, except that there is regular swimming.

What is also striking about this trip is firstly that she goes at all, that as a twenty-one-year-old woman her father allows her to leave, accompanied by slightly older people, but still… It is clear that her father does not impose any restrictions on her. As a young woman she can go where she pleases. It doesn’t look like she had to fight hard for that freedom. Her niece Mien wrote about Tera years later: In many ways she was decidedly unconventional and very emancipated. (….) She never provoked, and as long as her father was alive, she always was considerate of his wishes and feelings. And when she returns to the Netherlands on April 30, her diary reads: Father at the station!.

The entire report of this journey can be found in the diary.