In the previous blog we described Tera as a valued colleague. In this blog, that appreciation  results into an official royal award. 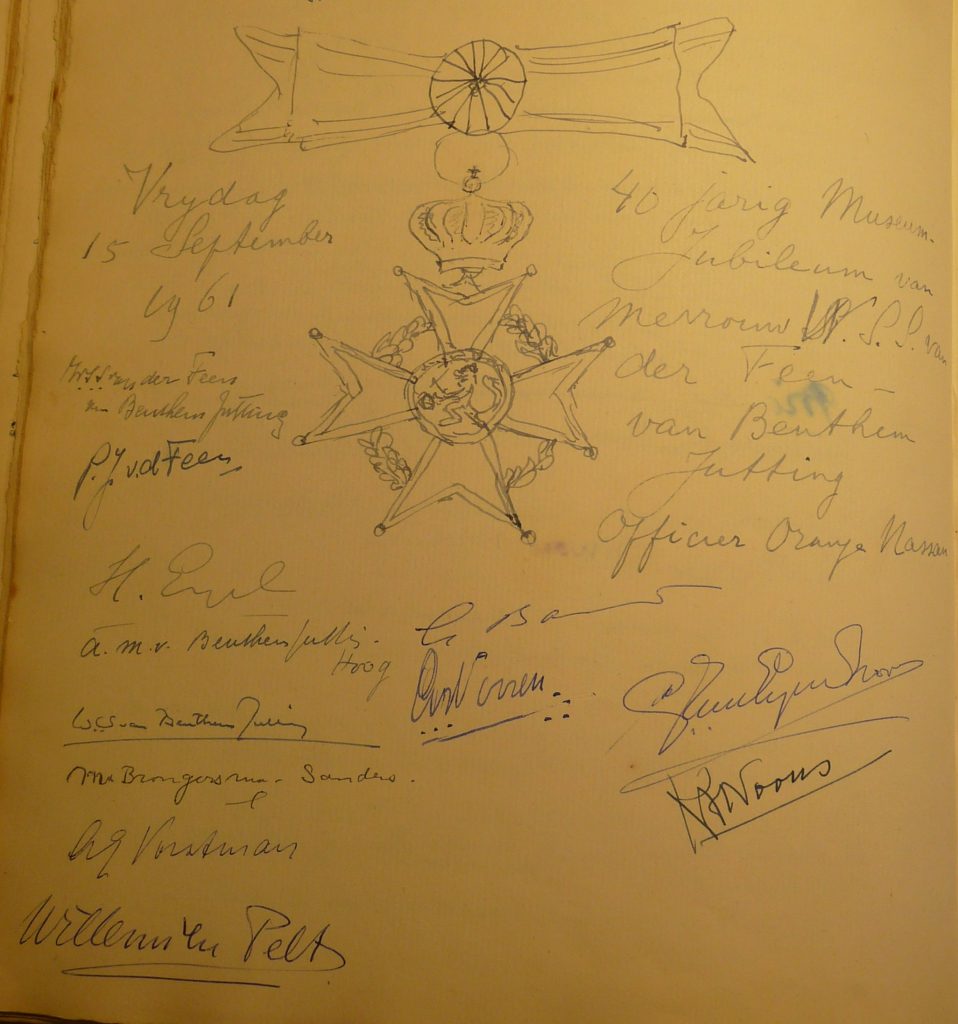 On Friday the 15th of September 1961, there is a celebration. Tera has officially been employed by the museum for 40 years. Although she started in 1920, she was just a replacement and student assistant. From 1921 she received a contract. Since Tera has prepared a neat speech, we mainly let Tera speak for herself in this blog:

When I came here 41 years ago, the work was done under not very favorable conditions, with extremely limited resources. There was no electric light, no central heating, and no telephone, not to mention modern equipment such as microscopes, photographic and projection equipment. If we had to use the telephone we had to go to the Artis’s office, and being called was completely out of the question. From one director, with two assistants and one attendant in 1920, the staffing has gradually grown. In 1926 a major reorganization took place in which modernization of the building and collections was carried out, and the staff was expanded with persons for various scientific and non-scientific activities. This situation lasted, with some changes, until after the war.

When the destitute funds of the Netherlands and Amsterdam finally allowed some opportunities for innovation and expansion with modern tools, this opportunity to arrive at a responsible show museum, supported by an ever-expanding scientific staff, was gratefully seized. There are still wishes, large and small, which are understandable in a science of taxonomic, ecological and historical study, in which so much work is done nationally and internationally.

When I started working here I was still a student. I had already observed some months before for Miss. de Rooy, who could not be missed at home for a while due to domestic circumstances. But in September 1920 Pinkhof left for the laboratory for plant physiology and I became 2nd assistant in his place. The other students sometimes said: what do you seek there? And then I answered (because they didn’t understand anything anyway) “dust skeletons”. Well, I’ve done a lot of chores here over the years, but I don’t think dusting skeletons was ever one of them.

Or they asked: what do you think about all those dead animals? Well, we museum biologists don’t see those animals as dead and dry. Because we have looked around and collected so much in nature, and often set up animal nurseries in the museum, we see the animals we work with as living beings against the background of their natural environment.

The day I started this job, there was hardly anyone in the museum. no prof. Weber, or Miss. de Rooy or Pinkhof or Hoogendoorn. The only one working at the edge of the table in the director’s room was Dr. de Beaufort, then honorary curator. The very long table in the director’s room was full of books, papers and bottles (you all know how that looks) but in a corner, the size of a postage stamp, Mr. de Beaufort was working. Apparently that made a big impression on me at the time, not least probably because it has remained that way all these years: under every director an overcrowded table, with only a few square dm to write something or lay down a preparation. Not only directors suffer from this horror vacui, because every work table is upholstered in this way, and yet nowhere  is a real mess.

If I now, after more than 40 years, try to position our Museum in the Netherlands and in the international world, I think I can say that in our country the public interested in natural history is generally very sympathetic to the museum. The attractive exhibitions and other help and information are always highly appreciated by high and low, educated and non-educated. In an international context, the scientific character of the museum is particularly apparent. My experience when visiting foreign museums and similar institutions is that people always speak with great appreciation about the Zoological Museum in Amsterdam, about the valuable collections, and about the pleasant cooperation with colleagues.

When you have been employed by one institution for so many years, you sometimes wonder whether it is an advantage for that institution to have someone employed for such a long time in one position. Would it not be better, after e.g. 10 years to put someone else in that job. Of course, the latter has its advantages: a new curator with new, fresh ideas acquired elsewhere can give a great boost to new research. Yet I believe that continuity in one position is of even greater importance, because 1. The management of a large animal collection and of a large departmental library would benefit more from continuous leadership, building on a tradition and enhances it  and 2 Because the head of the department – if he is fit for his task – can always renew himself in his thoughts, writings or other expressions.

In pencil at the bottom of the speech it says : Acknowledgments for Carel, Anneke, Loosjes, Kuiper, Coomans and Engel! 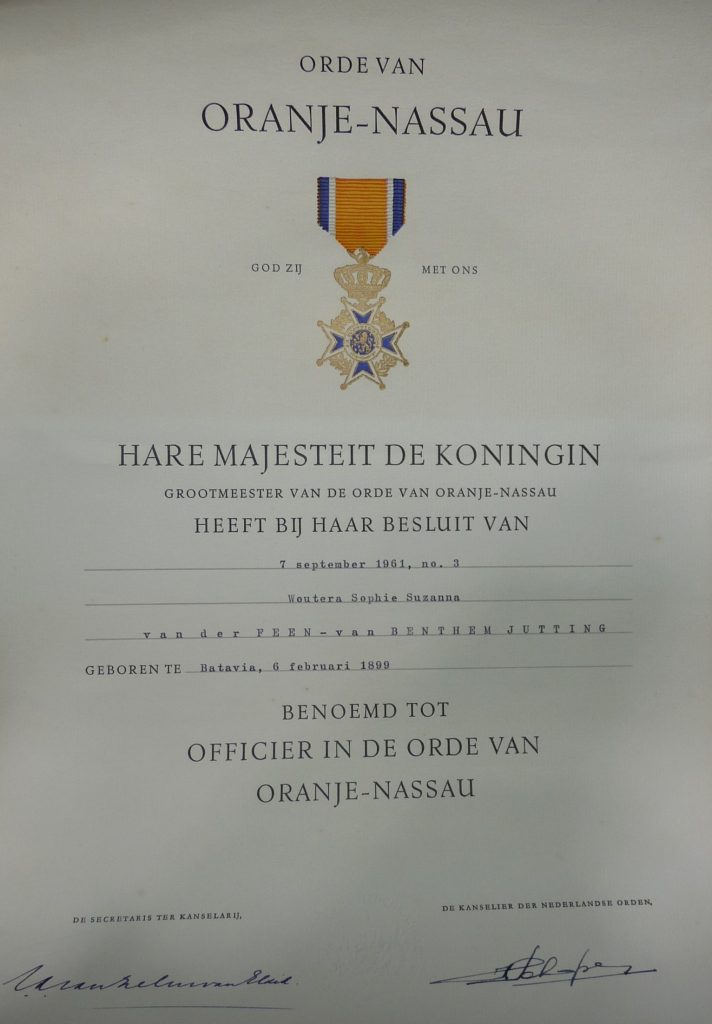 On the same fortieth anniversary, Tera receives a royal knighthood and is appointed officer in the Order of Oranje Nassau. She clearly hadn’t counted on that. In a letter to Kuiper, who cannot attend the festivities, she writes: Yesterday I was 40 (actually 41) in the museum. In honor of this Engel had organized a small celebration, which was attended by many old friends and colleagues. The director of the Education Department also announced that HM the Queen had appointed me Officer Oranje Nassau. That was a huge surprise, actually a bit above my league, but I think I received it in honor of the work of the entire Museum in those 40 years, not just for myself.

So far the fortieth jubilee. In the next blog, Tera will say goodbye to the museum and retire.