Last week we saw that Tera has arrived in the Dutch East Indies.

With the exception of the climate, the Indies in the 1930s hardly differed from the Netherlands, at least for the white Dutch elite. Of course, that tropical climate influences working hours, for example, but manners, entertainment options, etc. are almost identical. Rice table is sometimes eaten on weekends, but otherwise the food is also quite Dutch. She describes a meal: This time there was: soup, shrimp dishes, asparagus, veal escalopes a la jardinière and strawberries with whipped cream. Probably both the asparagus and the strawberries are from cans or jars, since those vegetables do not thrive in a tropical climate. There are Indian servants, but she can’t get used to the way they treat those staff: I’m just not used to barking at your servants like that and throwing money at the house boys, for example, and never saying good morning to them. 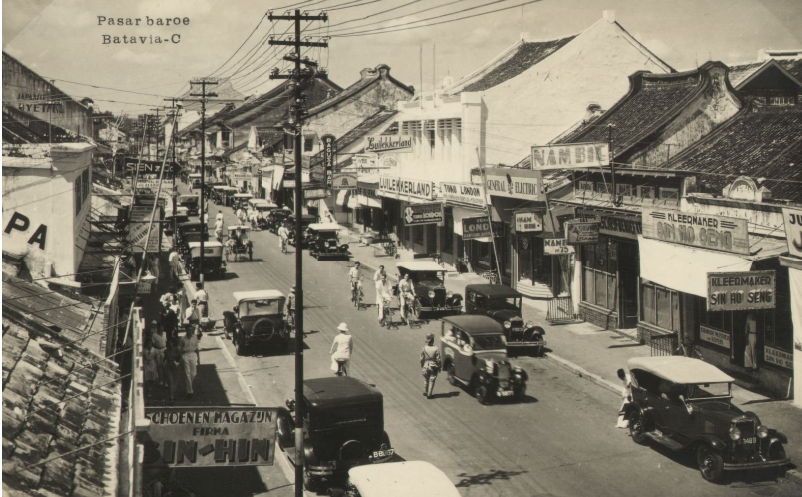 Shopping is done at the Orang Bombay (Indian man) or on the Pasar (market) at the Orang Tjina (the Chinese man), which she still finds a hassle because in the East Indies you have to tawar (or haggle) and she has not learned that ;

the chinese is a lovely kind of guy, very enterprising and active and unpretentious. They always look insanely ugly dressed with trousers that lift up high and that flare out at the bottom of the legs and their hair is clipped like a badly trimmed hedge.

The first three weeks Tera stays with aunt Jans in Weltevreden, a chic suburb of Batavia where father Wouter used to live. She visits several acquaintances and relatives of her mother. She does some shopping, white stockings and a hat. She is surprised about some things: My bicycle box and the suitcase from the hold have also arrived today (imagine on Sunday), that was a rather expensive affair from Priok over here f. 27,-. I am afraid that those bookcases to Buitenzorg will also cost a lot of money. Just like they don’t care about Sunday closing, shops don’t close at 8 o’clock! It’s a nice sight all those waronkjes (food stalls) with kerosene lights along the street in the evenings and the illuminated shops with a lot of customers, especially in the Chinese parts.

She takes the opportunity to take a trip with colleague Jan Verwey: Yesterday we sailed with the motorboat to Hoorn and Haarlem, two islands in the bay, to peek around the coral reefs where beautiful fish, corals, sponges, shells and other inhabitants of this sea can be found.  It is a beautiful sight and in that clear water you can see so deep and so far. I really enjoyed having experienced these trip, because once in Buitenzorg there probably won’t be much of them and the search area may be more in the mountains.

She also goes up and down to Buitenzorg to arrange her work. Karel Dammerman and his wife give Tera a hospitable welcome: I spent two days in Buitenzorg in the past week. I have looked around the museum with. Dr. Dammerman and made arrangements about my work. The shells are in a cheerful disarray, something can be made of them in the long run, but the collection is not large and I will miss the beautiful collection from Amsterdam for comparison. We then walked to Doctors van Leeuwen and then to the Department of Agriculture to finalize my appointment. Mrs. D is very nice and cordial.

She also cuts her hair: I have made one concession to hygiene and fashion, namely – don’t be shocked – cut my hair. I was always so hot when I had to dress my hair in a knot and it was so hot under my hat. I found it quit unsanitary  and now I can wash it myself. Plus, I can now get a hat that fits me. It’s not very ugly, at least not uglier than the way I had it, which wasn’t pretty either.

In his response her father immediately gives her a scolding:  And as for the sacrifice made to hygiene and fashion, I had not in the least expected this. You and all of us were so proud of your head of hair and against the bob line in principle, because fashion is capricious. With some ladies it sometimes looks unappetizing; I would like to see you, also for the short hair; you don’t look boyish, do you; for this I have always praised in you, that you liked to look like a girl.

Such a rebuke typifies the relationship between father and daughter. Tera is a thirty-one-year-old woman, who is addressed by her father as if she were a fifteen-year-old girl. In the letters that father Wouter writes, he often comes with all kinds of unsolicited good advice: don’t eat too pedis (sharp), stay Dutch, watch out for Chinese food, be careful when swimming, make sure you don’t get sick. But also and often “watch your money”. How much do you earn, save well and don’t spend too much money. Tera rarely responds to his advice, she talks around it a bit, or reassures him.

She does entrust financial affairs to her father, and together with him she arranges her taxes, her savings and her spending pattern. When she receives a declaration form, she sends it to Holland for her father to fill in. For example, father Wouter wrote in March 1930: Keeping a balance book is also useful to find out how much of your salary you can put aside each month. I’m curious how much you are going to earn. Try to save some of it every month, because a big hole has been made in your savings account book and now you have to pay your tax and the premium. You can also enjoy the savings in Europe so much more and you gradually have to take care of your return, which will again cost a lot of money. Also be careful about where you are going to install your savings; the most solid is of course the postal savings bank and in my time private savings banking was still poorly developed, but a deposit with the Nederlandse Handelsmaatschappij, the Indische Handelsbank or another large bank is also safe.

In the 1930s, women were still seen as financially incapacitated. This was regulated by law for married women, while unmarried women until their thirties had to obtain permission from their father or other male relative for any financial transaction. So it is not surprising that Tera looks to her father for her taxes. 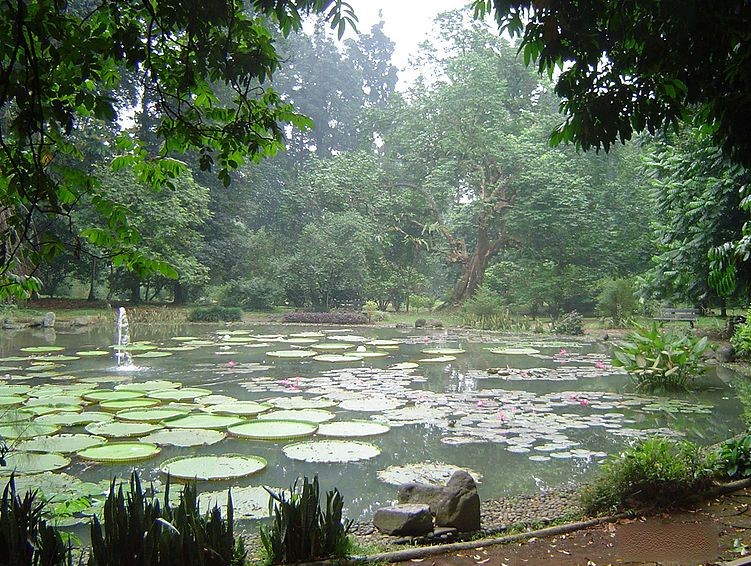 After being acclimatized in Batavia for about three weeks, she travels on to Buitenzorg. Buitenzorg is the government center of the Dutch East Indies, where the palace of the Governor General is located. Buitenzorg is also home to ‘s Lands Botanical Garden. This botanical garden was founded in 1817 and is the largest experimental station in Java. The most important expansions were made by Melchior Treub, who was director of ‘s Lands Botanical Garden in Buitenzorg from 1880. Under his leadership, the botanic garden grew into an important research center for tropical botany. A zoological department was also added in 1901, controlled by Karel Dammerman. When Tera arrives in the east Indies, Dr. Willem Docters van Leeuwen (1880-1960) is director of the Lands Botanical Garden. He is a botanist, born in the Dutch East Indies, although he also studied and obtained his doctorate in Amsterdam.

Next week we will see how Tera goes to work in Buitenzorg.